7 Zimbabweans died in Botswana after the wheel of an overloaded and speeding Toyota Hilux truck they were travelling in came off and the vehicle rammed into a tree before overturning. 7 other people were injured. 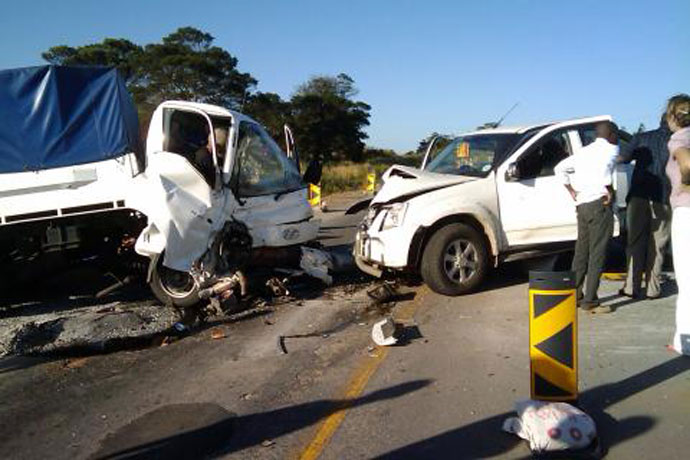 The accident occurred at around 2AM on January 18 in Sherwood village, along Martins Drift Road in Tswapong District. The vehicle was carrying  17 people including the driver, all from Tsholotsho district under Chief Gampu’s area. The vehicle was travelling to South Africa via Botswana. The driver and his two assistants escaped unhurt and fled the scene of the crash.