You are at:Home»Bizarre»Bottom of the matter :ANC women sink rock bottom and bare bottoms in protest

The bare-bottom protest by a group of ANC women in Pretoria this week was due to “foreign tendencies” in the party, the ANC Womens’ League (ANCWL) said on Wednesday. “The demonstration was in bad taste and displays a moral decay that emanates from foreign tendencies within the ANC such as factionalism and clique politics,” the league said in a statement. 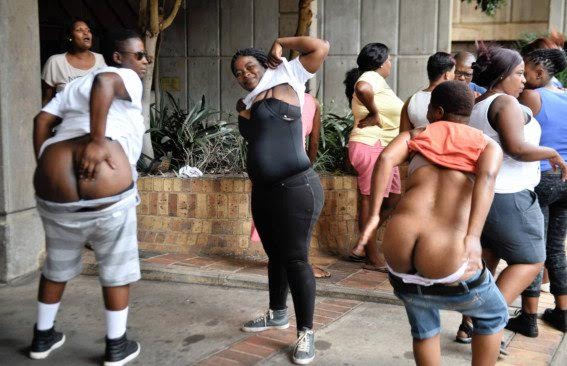 The group of about 16 protested at the ANC’s Tshwane offices against the outcomes of a branch general meeting held in Hammanskraal on Sunday. The group claimed armed bouncers stopped them from participating in voting to elect a new branch committee, the Pretoria News reported earlier this week. 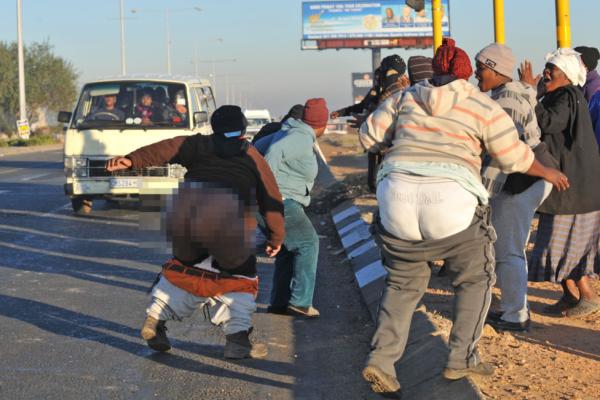 A committee was elected after they had been forced to leave the venue, the women claimed. They said they were groped and slapped on the buttocks while being escorted out.

The ANCWL said ANC members should not “initiate unethical acts of indecent exposure”.
“Women must always carry themselves in an exemplary manner in society.” Their behaviour was “anti-ANC” and if they had a grievance they should lodge a dispute via internal party channels.

In 2008, ANC Youth League members bared their backsides at the conference in Bloemfontein where Julius Malema was elected league leader.