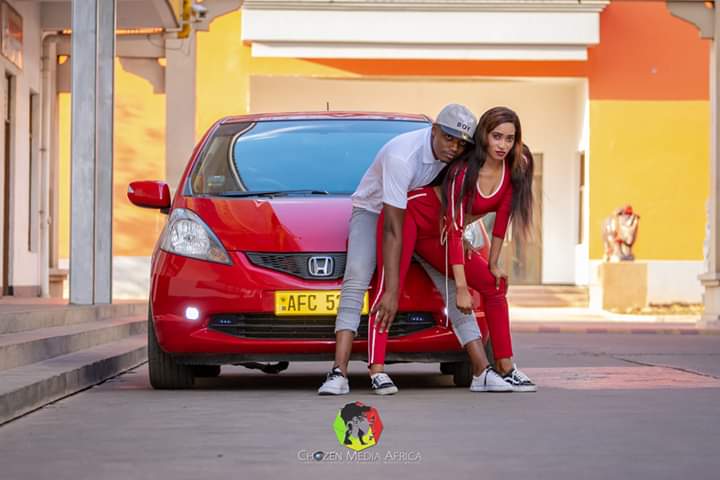 MUSICIAN Dereck Mpofu of the Unonaka Iwe fame’s raunchy image with exotic dancer Bev Sibanda has caused a storm taking the webosphere into an ecstatic frenzy.

Some schools of thought suggested that Bev was charmed by the Unonaka hitmaker.

Unonaka can be loosely translated to “you are sweet and sexy,’ and Bev is on record for being mesmerized by such men.

The ‘couple’  took  the ‘Kodak Moment’  getting cosy in front of a red vehicle at an unknown location.

Mpofu’s love life has been closely guarded ,  while Bev has been linked to several men , including businessmen, prophets and footballers.

It could not be immediately ascertained whether Mpofu was her latest ‘catch’ as her phone was unreachable at the time of writing, while Mpofu abruptly cut the phone after this reporter introduced himself.

The popularity of the song resulted in him being appointed a goodwill environmental ambassador for Zimbabwe under the Ministry of Environment, Water and Climate and City of Harare.

Whether Mpofu is the latest ‘victim’ remains to be told!-Zimpost