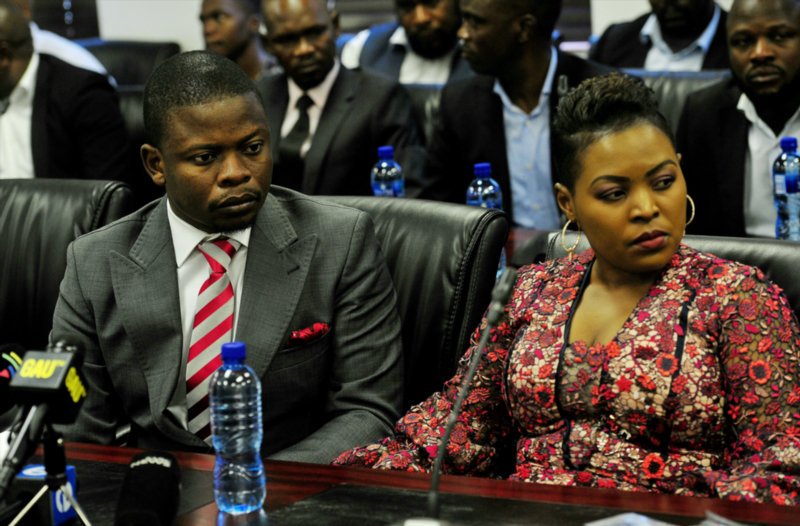 Without mentioning the Bushiris by name, Hawks spokesperson Colonel Katlego Mogale said four people including a pastor were arrested for alleged involvement in fraud and money laundering worth R102 million.

Mogale added: “The Hawks’ Serious Commercial Crime Investigation members arrested the first couple on Saturday, the woman in Sandton and her husband at OR Tambo International airport.

“The two, Willah Mudolo and Zethu Mudolo, have since appeared in the Pretoria Magistrate’s Court and their case was postponed to October 30, 2020, for formal bail application.

e team made a further arrest of another couple allegedly involved in the same case. The woman, 39, was arrested at her home and her husband, 37, after trying to evade the team, handed himself over at Silverton Police Station with an entourage of attorneys.”

“The Hawks informed lawyers of our leaders, Prophet Shepherd Bushiri and Prophetess Mary Bushiri, late Monday afternoon that they (Hawks) are requesting the couple to go to their offices by 11AM (on Tuesday) accompanied by their lawyers to discuss an issue concerning a certain investment, pertaining to a certain company called Rising Estate,” said Nyondo.

He said Bushiri, who was born in Malawi, went to the Hawks’ offices to hand himself after his wife’s arrest.

“He believes in the justice system of the country and he will abide by all what the law compels until all this war is done. As the matter is still currently under criminal investigation, we have been advised not to discuss this matter any further,” said Nyondo.

Last week, the Bushiris appeared briefly in the High Court in Pretoria, where their trial was postponed until next year.

The couple will be tried from May 31 to June 18 on charges of fraud and money laundering amounting to more than R15 million. This follows their arrest on February 1 last year by the Hawks.

The leader of the ECG church and his wife were at the time released on R100,000 bail each by the Pretoria Specialised Commercial Crimes Court. Their case was transferred to the High Court.

The couple are also accused of contravening South Africa’s exchange control regulations by paying about R19 million for a private jet in a United States dollar transaction.-zimlive