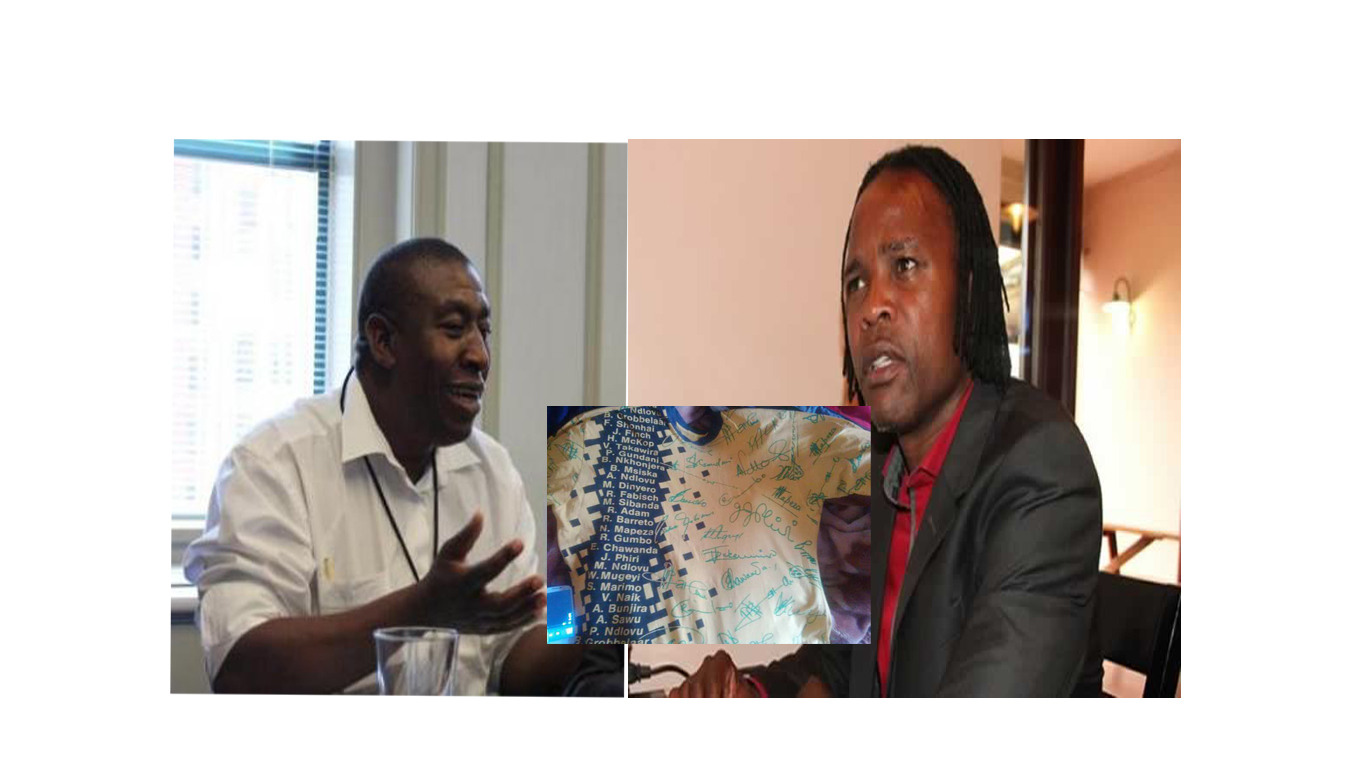 The director of Zimbabwe’s Center for Natural Resource Governance, took to the social media to disagree after listening to Alois Bunjira on the radio Sunday afternoon.

Maguwu wrote ” I am listening to Alois Bunjira on radio claiming that he was part of the legendary Dream Team. But my recollection of the Dream Team disagrees. To the best of my memory the Dream Team, coached by that late German football tactician, Reinhard Fabisch (may his dear soul rest in peace) comprised of Bruce Grobbelaar, John Phiri, Paul Gundani, Mercedes ‘Rambo’ Sibanda, Ephraim Chawanda, Benjamin ‘Mcnacky’ Nkonjerah, Francis ‘Sandura’ Shonhayi, Rahman ‘Dr Rush’ Gumbo, Henry ‘Bully‘ Mckop, Vitalis ‘Digital’ Takawira, Agent ‘Ajira’ Sawu, Willard ‘Mashinkila’ Khumalo, Adam ‘Adamski’, King Peter ‘nsukuzonke’ and Madinda ‘khathazile’ Ndhlovu. This is the X1 and the substitutes. I dont remember seeing Alois even on the bench of the Dream Team. I think he started playing for the national Under 23 side during the 1995 All Africa Games, which coincided with the climax of everything good and beautiful about Independent Zimbabwe. Maybe I am wrong, please help those who watched the Dream Team”

The post attracted over a hundred comments where participants were quick to reply to the question, and there was quite a split of opinion when it came to whether Bunjira ever played for the dream team.

Like Maguwu many thought that Bunjira was too young and never played for the legendary team and that he was distorting history.

Alois, however, maintained that he was part of the team before producing an image of  team lineup to back his claims.

Maguwu  then went on to say “Alois now I say hell no, you were not lying. However I still feel we need a lengthy debate before we get to a conclusion. You have certainly proved a point, that you indeed played a role in the Dream Team, your name is written on that iconic T shirt. You can now help us as to how many appearances, which games, etc. This is important.”

Bunjira closed by asking Farai Maguwu tell his followers that he misled them with this post and lied on this post.