written by Albert Marufu 2 years ago 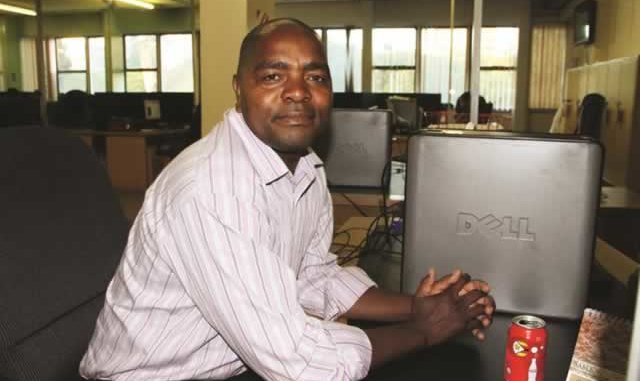 “When the judge pronounced the three-year sentence, I was shocked because I did not commit the crime. Even some of the co-accused did not know me and I did not know them save for Marijeni whom I had worked with in a shipping company.

IF there is a day that former Zimbabwe, Kaizer Chiefs and Blackpool striker Liberty Masunda would like to forget in a hurry, then July 17, 2018 comes to his mind.
Masunda, sat in the dock together with 11 others who included journalist Clemence Marijeni, facing charges of defrauding the Department of Works and Pensions £450, 000 in maternity payments in the United Kingdom.
Masunda, who was 43 years old then, sat in shock as the judge sentenced him to three years in jail for the crime that he still professes his innocence up to today.
Now out of prison after serving just a year of the sentence, Masunda can only shake his head in sorrow as he reminisces about the ordeal.
“When the judge pronounced the three-year sentence, I was shocked because I did not commit the crime. Even some of the co-accused did not know me and I did not know them save for Marijeni whom I had worked with in a shipping company.
“The judge ruled that since I since I knew him, I must also have known that he was involved in illegal activities. They used circumstantial evidence.
“This was in-spite of the fact that Marijeni told the judge that I was not involved. After being offered a suspended sentence for a guilty plea which I refused, I ended up in prison for inferences which had nothing to do with the evidence at hand,” he said.
“I was just unfortunate to have been a business partner with Marijeni. In 2012, I bought two cars which I tried to ship to Zimbabwe but the person I paid to do the job did not deliver.
“That’s when I and Marijeni formed a shipping company which we named Three Ways. Marijeni asked for my utility bills which he used to register the company.
“I didn’t know that he was involved in other businesses. In 2013 the police confiscated my computers but found nothing criminal.
“I was convicted even though Marijeni told the judges that I knew nothing about the case. They even offered me a suspended sentence if I plead guilty, something that I could not do because I was innocent,” he said.
The former Blackpool striker, who is a qualified Clinical Engineer, drew priceless lessons from the experience.
“We live life differently and the whole purpose of playing football was to have a good life with family. I have educated myself as much as possible and am looking to start my MBA in Healthcare this year.
“The sky is the limit. The Almighty gives everyone a second chance, that’s why Christ died on the cross for our sins. My advice to people is please do not go into ventures with someone you do not know much about,” he said.
Speaking of his time in prison, Masunda said; “I taught English and Maths in Prison. During the first days we were made to write English and Maths tests and I got 100% in both exams. I was trained as a City and Guilts Level Two Teaching Assistant and would have 12 students.
“Prisoners listen to fellow inmates more than teachers from outside. I also used to write letters for fellow prisoners to their relatives. I also played football three times a week, twice with fellow inmates and once for the security guards’ team,” he said.
The Masvingo-born striker grew up in Zengeza 3 and started his career with Reckshon Chapfika Makamba coached Marissa FC Under-14s.
The team, which is credited for producing the likes of Stewart Murisa, Patrick Daka and Misheck Juma among a hosts of others, used to participate in Canaan Banana’s Bona League and The President’s Trophy.
Masunda worked his way to the first team and in 1992 and was taken to Dynamos. He played in the reserves together with Chamu Musanhu, Tichaona Diya but only featured in the first team during friendly matches or when most some of the senior players were not available.
“It was a great experience at Dynamos where there were sitting arrangements on the team bus. You did not just sit anywhere. On my first day I sat in the middle with Stan Chirambadare and he was okay with it. The back seat was a no-go area,” he said with a chuckle.
“At Dynamos I lasted a year. I moved on partly because of the confusion and lack of support from management. Moreover, it was each man for himself at the team and coming from Chitungwiza, it was difficult for me,” he said.
He joined ZIMOCO FC which offered him an opportunity for Apprenticeship in Automotive Engineering. Although playing in the lower tier, he was called to the Under-23 national team which was due to face Nigeria in an Olympics qualifier.
“I did not make it to the final team. I wasn’t surprised though because most of the good players had surprisingly been overlooked,” he said.
“By my call to the Young Warriors opened floodgates as both CAPS United and Dynamos were after my signature. I remember Blackpool’s Joel, “Jubilee” Shambo and CAPS United’s Brenna Msiska coming to our Under-23 camp to asses me. I was a Dynamos supporter, but idolised Shambo.
“I signed for Blackpool and only played up to August when I joined a Turkish topflight club called Genclerbiligi Spor Kulubu.
“It didn’t work out in Turkey because of language barrier, weather, type of football and segregation. The team also changed five coaches in a short space of time.
“I was good friends with South African legends Donald Khuse and the late John Moshoeshoe and fellow Zimbabwean Norman Mapeza, from whom I would seek advice since he had lived in that country longer. Khuse advised me to join Kaizer Chiefs in 1997.”
Injuries forced him to be loaned to Seven Stars then Kaizer Chiefs. He had a stint at Makepekepe before coming to the United Kingdom in 2002.

Albert Marufu (Sports Editor)- Seasoned journalist based in UK with special interests in sports . He is the author of Soul of Seven Million Dreams: The Memory Mucherahowa Story by Memory Mucherahowa. Contact him on albert.marufu@gmail.com