Home Business Ginimbi : How Did He Make His Millions? His Life And Controversies
Business

Ginimbi : How Did He Make His Millions? His Life And Controversies 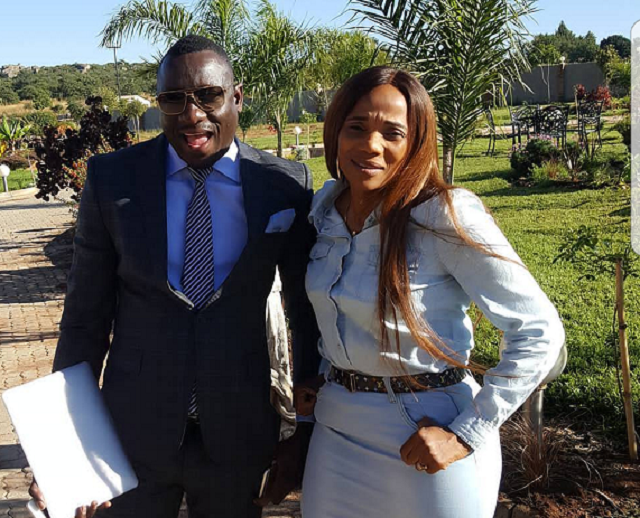 Genius Kadungure, popularly known as Ginimbi the popular and controversial Zimbabwean socialite and businessman has died.

Kadungure was the founder and Chief Executive Officer of a gas company, Pioneer Gasses, which has interests in Botswana, South Africa and Zimbabwe.

In the last few years of his life, Kadungure was known for throwing wild parties and for allegedly dating several married woman, claims which he did not deny.

In 2014 he was arrested and tried on allegations of defrauding a ZANU PF member and a Kadoma-based miner of 1,581,890 South African Rands.

Kadungure was born in Domboshava in a family of four. He started his business career by hustling in search of a decent livelihood at the age of 17. Soon he became a middleman securing gas for domestic users. Since he had a friend who worked at the Angolan Airways offices, he quickly secured his first ever contract through his friend. After signing the contract, Kadungure followed up on many gas users and that is when his fortunes turned.

Within a year in the business, he was already driving and two years later he had a Mercedes-Benz S Class something considered by many locals to be a symbol of success.

He went on to form, Pioneer Gasses. The company supplies gas to the commercial, industrial, public and retail sectors. The company also offers delivery services by tanker to major facilities with their own storage and also sell gas bottles in a range of popular sizes.

He went on to buy Quick Gases in Botswana in which He is currently the only shareholder. With the success of his companies, he decided to add Rivonia Gases to his portfolio followed by another business initiative called City Centre Freight. All these companies fall under PIKO Trading Group, which he is a majority shareholder.

Due to the increased growth and success of his businesses, he became one of the richest young Entrepreneurs in Zimbabwe.

What set him apart from the rest perhaps was one of his greatest passions which was assisting children in need. This led him in being the co-founder of the Celebs4Change campaign which received a lot of support from A-list celebrities from all over Africa in giving their time and gifts to children in need.

Genius enjoyed travelling and spending time away on islands where he rejuvenated himself with beach views.

Kadungure, who was also known as the king of bling, was well known for throwing lavish parties. In 2010, he threw one of the most expensive all-white birthday bashes in Harare, where an estimated US$17,000 was spent.

The party drew scores of people from Harare’s northern suburbs and guests were treated to high-end whiskey, bright coloured cocktails, champagne, as well as cigars at his Greystone Park home for three consecutive days.

Two years later, in 2012, Kadungure hosted another extravagant birthday party which was held in Botswana. The party is said to have gobbled an estimated P250,000 (exchange value of US $32,000 at that time).

In 2013, Kadungure also held a consecutive three-day long party at his rural home in Domboshava to celebrate a newly-built mansion he had put up in the area.

In 2015 he hosted another all-white party in Sandton South Africa which was stopped by police for violating Noise Regulations.

Ginimbi is reported to have been involved with many married women. It was reported that many times he had been beaten up by husbands of women he had sexual relations with.

On these claims, Kadungure said it was normal. In January 2014, he made headlines when it was revealed that he had been looking after another man’s child for the past 11 years. This came to light after one Doreen Mutukwa demanded an upward review of maintenance fees to $1,500. This led to Genius demanding a paternity test and the outcome showed that Kadungure was not the father of the child.

In May 2014 Kadungure was arrested on allegations of fraud. He allegedly swindled ZANU-PF MP for Chegutu West Dexter Nduna, who is the managing director of Badon Enterprises, and a Kadoma-based miner only identified as Gatawa of R1,581,890. Kadungure was reported to have created a fictitious company named Transco Civil Engineering purportedly based in South Africa and opened an ABSA bank account for the company. He then contacted the complainants over the phone and misrepresented himself as the chief buyer for Marange Resources looking for mining pumps at competitive prices, it was alleged.

In December 2011 Gatawa sent his brother Enock to South Africa to purchase the pumps. He was ordered to deposit R1,046,890 for the purchase of 10 flight pumps in the ABSA bank account. After the transfers, Enock was told by Transco Civil Engineering “officials” to go back to Zimbabwe and check for his parcel with DHL in three days time. He only received a parcel of cellphone chargers.