You are at:Home»Crime & Courts»Goblins Molest 300 Women: Victims Wake Up Pantyless, With Semen On Their Bodies

HUNDREDS of women claim to have been molested by goblins round about the same time in Kezi, Matabeleland South. 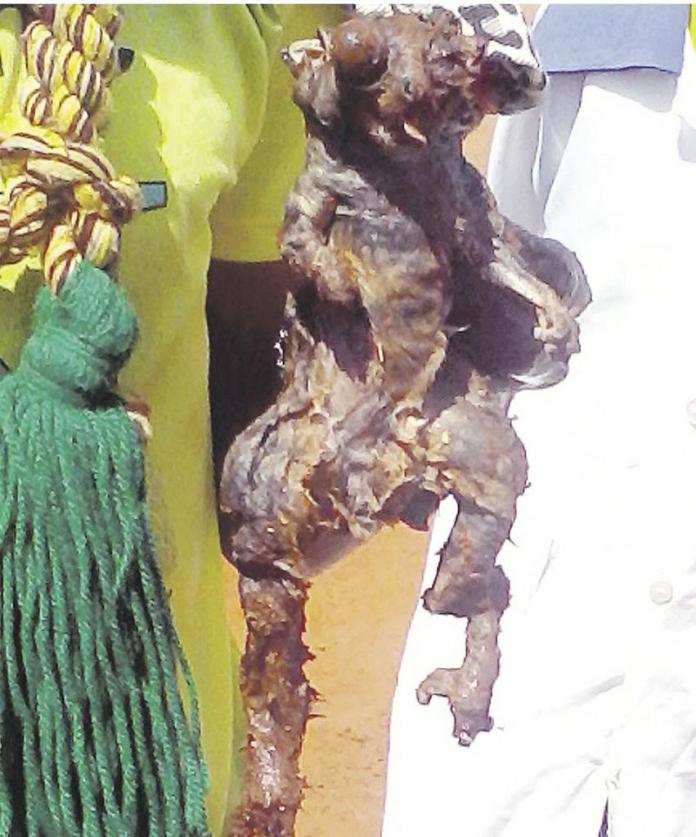 These revelations were made last Monday during a meeting organised by Chief Nyangazonke to hear their concerns.

The women are from Gwezha in Ward Three which has about a thousand homesteads.

Some of the distraught women told B-Metro their ordeals. Theodora Ncube (50) a widow spoke on record.

“Since my husband died in 2008 my life has become hell. Every night I feel an invisible being having sex with me and I wake up with semen on my private parts and tummy,” she said.

Ncube said when she has sex with a man she would have fallen in love with the invisible beings attack the lover.

As a result, she revealed that no man wants to fall in love with her.

She went on to say that her daughter-in-law was also sexually abused by the invisible beings leading her to flee to South Africa.

“The goblin attacks have wrecked my son’s marriage. Her wife fled to South Africa after the goblins took turns to have sex with her last month,” she said.

She sought help from prophets but her efforts have come to naught.

Annah Sibanda (46) said due to goblin molestation she has lost weight and her menstrual cycle is now more than thrice a month.

Senzeni Ndlovu (29) whose husband is based in South Africa said she wakes up without underwear.

“The goblins have been sexually attacking me since 2009. They sleep with me every day and I wake up with semen on my private parts and without underwear,” she said.

Sihle Mlotshwa (36) said since the goblins sexually attacked her during the night she now sleeps with her husband during the day.

“We now have sex during the day and this has worked for us,” she said.

Ulitha Mpofu (85) said at her age, the energy the goblins have will finish her off.

Chief Nyangazonke revealed that more than 300 women were molested by the goblins.

Nyangazonke said the mystical creatures will destroy marriages in the area.

“It is a great challenge because these goblins will wreck marriages and cause divisions in the community  because people will start accusing each other. I’m appealing to genuine prophets or men of God to come and root out the said goblins in my community. They should not come here to divide people or to fleece them of their wealth (livestock),” the Chief said.