You are at:Home»Environment»I’m still in the game: Says Special Meat Legend Calisto Nyamhute

Self-proclaimed pop star Calisto Nyamhute, affectionately known as the “Bullet”, says he is still in the game despite his long absence in the music industry. Nyamute who rose to fame with his hit song “Special Meat” last released an album titled “Oil Oil” in 2012 which was not received well by fans. In an interview with this publication, Nyamute claims that he is still a musician despite refusing to disclose where he has been performing over the past five years. 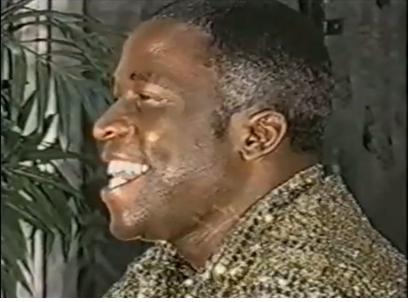 “I really wonder why you say I have been quiet because as far as I know a singer remains a singer no matter what. For the past five years I have been performing at different clubs around the country which I cannot mention for personal reasons.

“I never diverted my attention from music, I am a full time artist and that is what I have been doing all along and also run a small business,” said Nyamhute.

Asked if he will soon record anything this year Nyamhute said plans were in the pipeline to get into the studio.

“I am planning to get into the studio anytime soon if everything goes according to plan. I think it’s high time I offer something new to my loyal fans. I will be giving you more details in due course,” he said.

However, close sources revealed that Nyamhute has not held any shows but he has been focusing on his small business that he operates in Chitungwiza.

“Since 2012 it has been difficult for Nyamhute to hold any shows because his last albums were half baked and he lost a lot of fans because of that. Since then he abandoned music and he is renting out a commercial place he owns at Makoni Shops,” revealed the source.

He ventured in the music industry in the late 1990s, a development that saw him release two albums, ‘Ndakamupfimba Ndega” and ‘Before Lunch Time’ in 1998.

He went on to release his third offering “Sweetman” which carried a six tracks but the album did not do well.

A year later, Nyamhute dropped his fourth album “Special Meat” which changed his waning fortunes and propelled him to stardom. It was his fancy outfits and humorous lyrics that made him a favourite of many.

Nyamhute hoped to remain in the lime light by releasing a string of albums which were unfortunately poor that they never received airplay.

The albums include the 2009 album, “Chimoko Chinoyera”. It did not do well prompting him to take a three-year sabbatical.

The break was also reportedly triggered by a poorly attended show in Rusape were it was alleged only two people attended.

He attempted to make a comeback in 2012 with the album “Oil Oil” but it failed to make an impact.-Herald