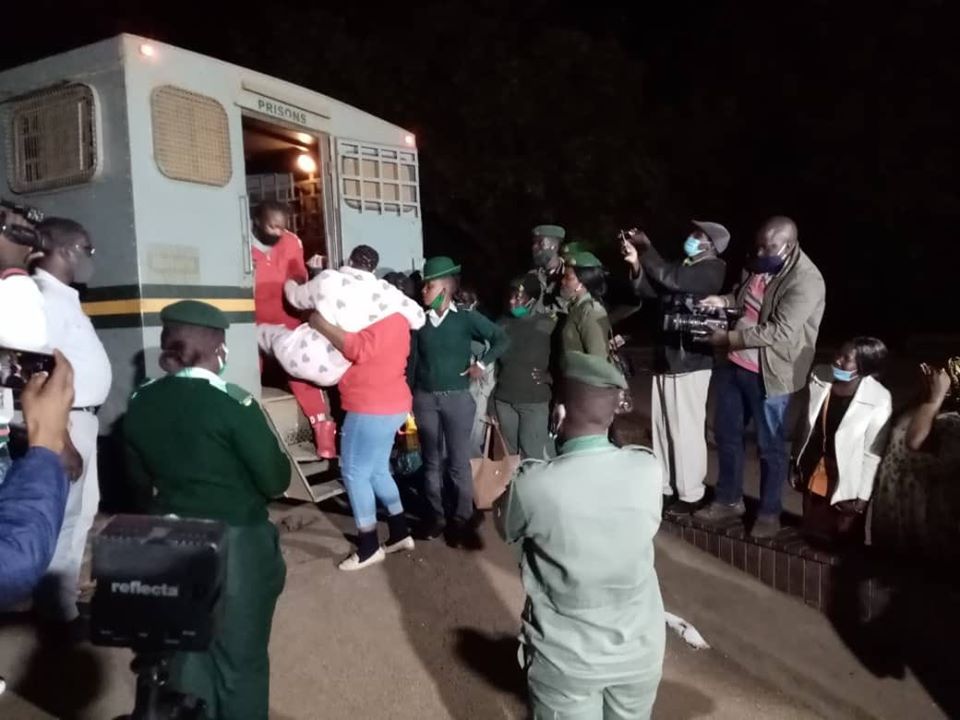 THREE MDC Alliance leaders including legislator Joana Mamombe who made the headlines alleging that they were abducted after staging a demo in Harares Warren park suburb will spend the weekend behind bars pending bail ruling after being arrested on allegations of publishing false statements.
Joana Mamombe, Cecilia Chimbiri and Netsai Marova were remanded in custody to the 15th of this month pending bail ruling when they appeared in court this Friday facing charges of Publishing or communicating allegedly false statements and an alternative charge of defeating or obstructing the course of justice.

The state is opposing bail in a case where the three allegedly staged an abduction and published false statements.
The state represented by Charles Muchemwa told the court that the trio are a flight risk and are facing a serious charge that attracted attention and statements were made regarding the alleged abduction to the whole world.
Representing the trio Jeremiah Bhamu queried the manner in which they were arrested arguing that the three should be granted bail.
On 13th of May the trio and other MDC-Alliance youths gathered in Warren Park where they staged a demonstration and on the same date the trio later communicated with their lawyers, family members and friends that they had been arrested by police and held at ZRP Harare Central.
Their legal practitioner reported to the CID law and order inquiring on the arrest of the three only to find out after verifications that the accused had not been arrested.

Two days later, their legal representative contacted the police informing them that the accused persons were found at Muchapondwa Business Centre in Bindura.
The police and the legal representatives went to the scene and collected the accused persons before taking them for medical examinations at a hospital in Waterfalls.
The trio were interviewed and made statements that they had been abducted by members of the police.
Police investigations established that the three were never abducted but stage managed their kidnapping as they visited Belgravia at the time they alleged to have been kidnapped.
Members of the public saw them at Belgravia shopping centre driving a silver Mercedes Benz contrary to their statement that they were at an unknown place.
It is in the state’s case that an existing video footage shows the times and places the accused visited during the alleged time of abduction and will be presented in court.

The false statements attracted adverse comments from both local and international community including heads of mission of the European Union, France, German, Greece, Italy, the Netherlands, Sweden among others and publications of foreign media houses condemning abductions.
The three will be back in court for bail ruling on the 15th of this month.-zbc