An epic battle for the Goromonzi West parliamentary seat is looming between President Emmerson Mnangagwa’s self-proclaimed apologist Energy Mutodi and MDC-T presidential spokesperson Luke Tamborinyoka, who sailed through the party’s internal selection process at the weekend. 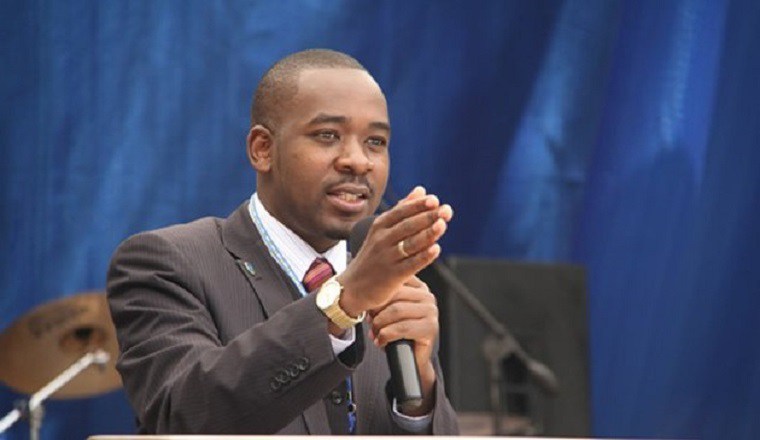 Tamborinyoka won the ticket to represent the party at a consensus-building meeting held at Munyawiri District Development Fund centre, ward 1 in Goromonzi West on Sunday and will now square up with Mutodi, who romped to victory in the Zanu PF’s chaotic primary elections last month.

The consensus meeting, which confirmed Tamborinyoka as the party’s candidate, was presided over by Morgen Ncube, the organising secretary of the MDC-T youth assembly.
Tamborinyoka secured the party’s ticket to represent Goromonzi West after his rival Anna Denhere pulled out of the race and endorsed him “as her senior in the party”.
The other candidate’s CV was not approved for security reasons after he was allegedly linked to Zanu PF and “his numerous adultery matters in the constituency”, a source told NewsDay.

“We now have a candidate for Goromonzi West district,” he said.

“Tamborinyoka is our candidate after Denhere endorsed him at the consensus meeting.”

Tamborinyoka, a journalist by profession who doubles as the party’s director of communications, has been arrested several times and, at one point, spent several months in prison on trumped-up charges of banditry and terrorism.

“I am humbled by the people of Goromonzi West. The party has transparently completed its processes,” Tamborinyoka told NewsDay yesterday.

“Unlike Mutodi, I am a Domboshava son, who has a comprehensive plan to uplift the lives of the people of this area, where I come from.

“I am convinced I will add value to the party in Parliament, given my professional background and my grounding in this community of my birth, where I reside.

“The party will have to make a formal announcement about its candidates but yes, I underwent a process of consensus in Goromonzi West.”-NEWSDAY