You are at:Home»Entertainment»Oliver Mtukudzi Battling For Life

MUSIC superstar Oliver “Tuku” Mtukudzi is under the weather, with an alleged heart problem that has kept him off the stage for some time, NewsDay Life &Style has learnt.

The Tozeza Baba hitmaker did not stage any local or international shows during the festive season as is often the norm with big names in music.

Although Tuku is diabetic, close family sources yesterday said the music legend has been in and out of hospital since November due to a heart ailment. 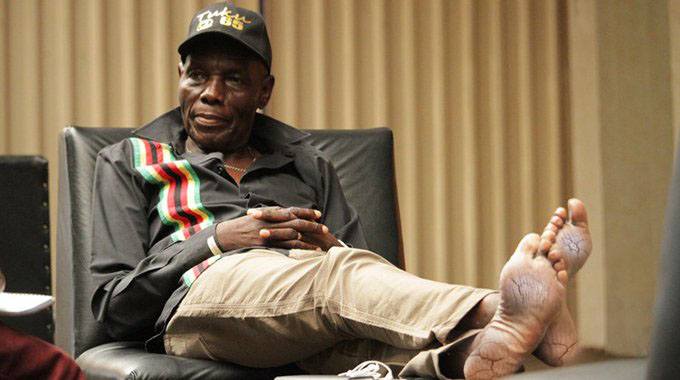 At one time, he had water drained from his heart at a local health facility.

“It is sad to have someone close to you under the weather as in the case with Nzou (Tuku), who has not been feeling well for some time now. He has not been well such that at one point he failed to travel for his concert outside the country. Let’s keep him in our prayers,” said the sources who declined to be named.

Tuku failed to make the United Kingdom tour for the London Jazz Festival in October last year due to ill health.

NewsDay Life & Style understands that Tuku’s relatives and close friends held a small private gathering at his plush Norton’s Knowe suburb home just before Christmas to cheer him up as he reclined on a stretcher bed-cum-chair.

“To bring cheer to mudhara (Tuku), his close relatives and family friends had a small gathering before Christmas at his home in Norton, where some of the youngsters he has mentored took turns to entertain the guests, as he also showcased his guitar playing prowess.”

Repeated efforts to get a comment from Mtukudzi’s spokesperson, Walter Wanyanya, were fruitless as he was not answering his mobile phone. The publicist was also yet to respond to questions sent to him by the time of going to print.

Born on September 22, 1952 in Highfield, Harare, Tuku is one of Zimbabwe’s most renowned and internationally-acclaimed artiste.

With 66 albums to his name, the musician has toured several countries and has been endorsed by many companies as their brand ambassador. He has been to all five continents of the world, playing in world capitals and at top festivals. Tuku has contributed immensely to the nurturing of Zimbabwean music talents and holds various prestigious positions, among them the Goodwill Ambassador for United Nations Children’s Fund and the coveted Cavaliere of the Order of Merit bestowed on him by the Italian government.