You are at:Home»Main News»President Mnangagwa Orders Public Officials to Declare Assets By End Of February 2018 In Push For Transparency 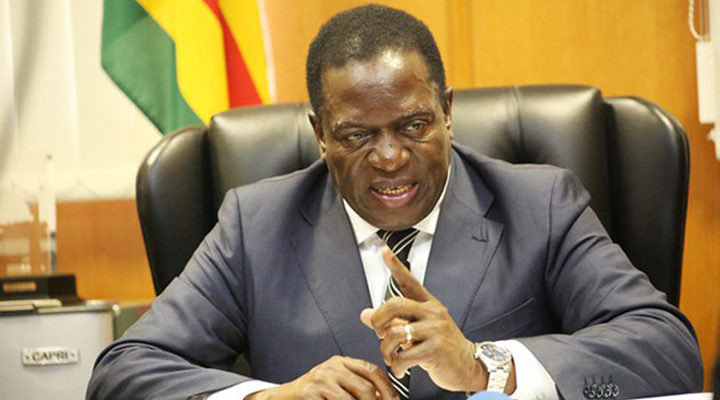 Zimbabwe’s President Emmerson Mnangagwa has given senior public officials up till the end of February to disclose their business interests and declare their assets in a push for transparency in public service.

Mnangagwa, who has made tackling endemic corruption in the southern African country a priority since assuming office following the forced resignation by the military of longtime leader Robert Mugabe in November last year, said public officials are required to provide details of immovable property and immovable property whose value exceeds $100,000 in which they owned or have an interest in.

“It has become mandatory for all ministers, deputy ministers, heads of ministries, senior principal directors, board chairpersons, board members of state owned enterprises and parastatals, chief executives of state owned enterprises, all chairpersons and members of Constitutional commissions (both executive and independent), and chief executives of local authorities to submit a written declaration of their assets,” said the chief secretary to the Office of the President and Cabinet (OPC) Misheck Sibanda in a statement late on Tuesday.

The declaration should include “any business in which the individual has an interest in and or which they play a part in running. The nature of the interest in the property or business should be clearly stated.”

“The declaration of assets documents should be be submitted under sealed envelope to the undersigned no later than 28th February 2018. Heads of ministries are hereby directed to coordinate the collection and submission of all declarations in respect of designed grades within their ministries, as well as in Public entities and constitutional bodies under their purview,” said Sibanda.-The Source