You are at:Home»Entertainment»Rugare Gumbo’s Actress Daughter Chipo Chung: ‘I had to go round the houses to get into theatre’

Continuing a career that has taken her from Harare to Stratford-upon-Avon, Chipo Chung is about to play the lead role in Dido, Queen of Carthage. She tells Holly Williams there’s never been a better time to be an ‘other’ actor 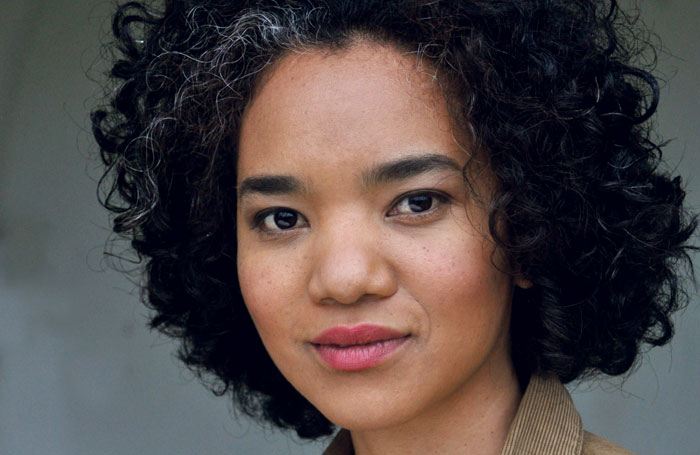 When Chipo Chung last saw Christopher Marlowe’s Dido, Queen of Carthage, she didn’t understand it. Now, she’s about to play the queen herself at the Royal Shakespeare Company. Perhaps surprisingly, it’s the first time the company has staged the tragedy.

Chung is deeply immersed in trying to make sense of this meaty role, but it is partly solved simply by the casting, she suggests. Chung is Chinese-Zimbabwean; Dido is queen of Carthage, part of modern-day Tunisia. To have a woman of colour in the role of an African queen makes sense of “the issue of otherness” within the text. “I do think that part of the play is about miscegenation [interbreeding],” she says.

Marlowe’s play, drawing on Virgil’s Aeneid, tells how – thanks to interfering gods – Dido falls deeply in love with Aeneas, a leader fleeing war-torn Troy. He returns her passion but ultimately leaves her to continue to Italy, where he is destined to found Rome. Needless to say, she does not take it well.

“It’s about choice,” Chung says. “His choice, to be with the woman that he loves or to follow his destiny and his lineage as a king.” Aeneas must choose between embracing Dido’s ‘otherness’ and doing what is expected politically.

Dido is rarely staged. Its last major outing was at the National in 2009. That production bemused Chung because a white actress was cast in the title role.

“I was unsatisfied by it because I’m from Africa and the play is set in Africa, so I didn’t understand why she didn’t seem to be African. I was thrilled to have the opportunity to figure the play out. Also I came to England as an immigrant actor to do classical theatre, so it’s amazing that there’s a part for an African character, written 500 years ago.”

To research the role, Chung went to Tunisia, where she discovered Dido is a living legend – an African myth, pre-dating Virgil. “They think of her as indigenous and that she was feminine in the way that she built Carthage: not by conquest, but by diplomacy, creating a mercantile port. It’s very likely this was a real woman who 2,800 years ago became a legend in Tunisia. Then, 800 years later, she was appropriated by Virgil and 500 years after that was re-imagined by Marlowe.”

What was your first  non-theatre job?
I spent a lot of my 20s running a small charity, SAFE Kenya, and fundraising for them. I discovered that a lot of advocacy work is just acting.

What was your first professional theatre job?
Ophelia in Hamlet at the Nuffield Theatre in Southampton in 2003.

What do you wish someone had told you when you were starting out?
I guess they did tell me… it’s a long haul.

Who or what is your biggest influence?
In life, my mother, who’s a political activist; in the theatre, Vivien Leigh.

What’s your best advice for auditions?
The lesson I’ve learned over time is the magical art of not giving a fuck.

If you hadn’t been an actor what would you have been?
I’d be an artist – probably a photographer.

Do you have any theatrical superstitions or rituals?
I don’t, but I think theatre is something of a ritual.

The time is ripe, Chung thinks, for one more act of “re-authoring” by director Kimberley Sykes: “a 21st-century female director re-examining it through the lens of feminism”.

She believes Dido has been staged rarely because it is about a powerful female ruler. “I have a perspective on why this play has not been done by the RSC before. It’s partly because there’s an unfinished, chamber quality to it, and there are curious elements like the gods. But it’s also because she’s a really complicated female character – and I don’t know whether we’ve been ready for that. I don’t think we have been in a place where we can understand that female power or violence as something other than a kind of hysteria.”

Chung speaks about the play with a measured, almost solemn seriousness. “You feel a tremendous amount of responsibility as the female lead in a play that hasn’t been done before [by the RSC]. And if you’re going to say ‘I didn’t get it because a white actress was playing it’, then you feel a responsibility to ‘get it’.”

Having studied directing at Yale University then acting at RADA, Chung longed to perform classical roles. But they weren’t terribly forthcoming for a non-white actress. “I wanted to do theatre but had to go round the houses, through television, to get there,” says Chung, who has had starring roles in Fortitude and AD: The Bible Continues. “It seems ironic that I’ve now done enough television to do theatre.”

While she may have missed out on playing Juliets and Desdemonas, at least there’s no long line of previous Didos in the RSC annals. Chung gets to make the part her own. And what a part: Dido starts as a powerful, independent female ruler, refusing suitors, before falling wildly in love.

“It’s every colour of love from bliss to humiliation to devastation,” Chung says. “It’s quite challenging. As an actress, you see your male peers go through this crucible of playing impossible parts that stretch them, the remarkable language they have to burn through. You see them come out the other side as better actors. There are fewer of those classical parts for women, but this is one. I hope I survive and come out the other side.”

When it comes to issues of gender and diversity, both the British theatre scene and Hollywood are changing, she suggests. This is down to a combination of high-profile campaigns and the open-mindedness of a new generation of creatives.

“I do think diversity campaigning has a direct impact on employability. I can see the impact on the parts that I go up for. I’m here because a young woman cast me: there’s a generation rising that doesn’t have the stereotypes or filters of the past. It’s a different ball game for people born in the 1980s and the 1990s. There’s never been a better time to be an ‘other’ actor.”

Still, Chung’s perceived ‘otherness’ has also resulted in some quirks in her CV, about which she remains wryly good- humoured. In America, she says, directors are happy to talk more shamelessly about an actor’s ‘look’.

“Casting has to do with recognisable archetypes; if you don’t fit into a box, it can be difficult, and I have had that difficulty. My look is considered somehow of ‘the past’ – I’ve played Mary Magdalene – and ‘futuristic’, when the races are going to mix and black-and-Asian will be the future,” she laughs. “But I love sci-fi and I love history, so it works.”

Although she considers herself Zimbabwean first, Chung has lived in the UK for 17 years: “I’m a student migrant who never left.” But studying in the US and the UK was hardly a culture shock: “I had a colonial education – O levels, A levels, educated by nuns at an all-girls school. We wore boaters. It was like Mallory Towers: we were more English than the English. And I’ve always aggressively felt a right to be here, because I speak English. I was never able to speak an indigenous language. I was colonised in thought and education and culture, so I have a sense of belonging.”

Still, as an immigrant, Chung says there’s also always a degree of alienation – especially when the subject of immigration itself flares in the violent way it has in recent years. It makes her all the more pleased to be doing classical theatre, she says – to be “representing”. Chung remembers growing up watching “VHS tapes of BBC Shakespeare in Harare at 15”. Now, playing the lead at the RSC, she is right at the heart of the British cultural establishment – exactly where she belongs.