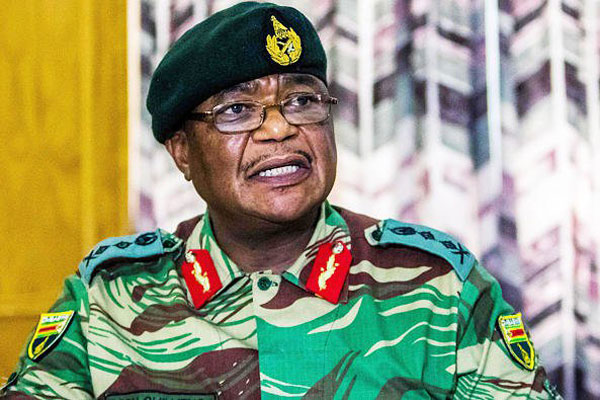 This year’s edition of the ZITF came after the ushering in of a new dispensation led by President Mnangagwa.

During his tour of exhibition stands at the ZITF on Wednesday last week, VP Chiwenga made a stop at the Econet Wireless stand where company officials briefly took him through a range of their products, before handing him a Kwesé TV decoder as a token of appreciation.

Mr Masiyiwa expressed gratitude to VP Chiwenga for his gesture.

“A few days ago when the Vice President of Zimbabwe, Mr Constantino Chiwenga, visited our stand at a national trade show, you cannot imagine how appreciative we were of the gesture,” wrote Mr Masiyiwa on Facebook.

“Even though our company is the largest single employer of our fellow citizens, it was the first time we had felt accepted publicly by our own Government.”

The telecoms tycoon, Zimbabwe’s first billionaire, took a leaf from President Mnangagwa’s message encouraging the Diaspora community to invest in the country.

“With many of us in the Diaspora (living and working outside our home country) having left almost 20 years ago, it is perhaps not always realistic to expect our permanent return given that we have now built our lives elsewhere,” he said.

“Nevertheless, it does not mean we cannot contribute from where we are. We can do much. Personally, I will leave no stone unturned to help and support my country of origin; in my own way, even as I have always done.

“Respectfully, I feel I have also earned the right not to have others prescribe to me how and with whom I should contribute.”

A number of people posted, commending Mr Masiyiwa for hailing the new dispensation and preaching forgiveness.

Banabasi Marambire said: “The new dispensation looks good and we believe it will create fair platform for every company to do business. My organisation recently won an award for Global Shapers award under construction category.”

Before touring exhibition stands at the ZITF, VP Chiwenga had assured local and international investors during a business conference that Government was committed to maintaining credible and consistent policies to foster robust economic growth and development.