THREE former Zanu PF officials who were allegedly abducted by the army last week have appeared at the Harare Magistrates Court charged with various offences ranging from corruption, fraud, kidnapping and criminal abuse of office.

The three Zanu PF officials left the Harare Magistrates Court in leg irons. Hamandishe walked alone while Chombo and Chipanga were chained together as they ushered into the Zimbabwe Prisons and Correctional Services vehicle.

Former Finance Minister and Zanu PF secretary for administration Ignatious Chombo, party secretary for youth Kudzai Chipanga and his secretary general Innocent Hamandishe appeared at the courts and claimed that were tortured while in the hands of the army.
Chombo and Chipanga were remanded in custody to 27 November 2017 for their bail applications while Hamandishe was remanded in custody to 8 December 2017.
Chombo appeared before Magistrate Elisha Singano facing charges of fraud, corruption and criminal abuse of office. The charges emanate from the alleged criminal activities that were done between 1997 and 2006.

He was charged with contravening sections of the Prevention of Corruption Act after he abused his office and sold a stand to an Alois Chimeri after conniving with seven other people in 1997 which resulted in the City of Harare losing $900 000.
The former mister was also charged with abusing his officer when he was still minister of Local Government after he corruptly apportioned a piece of land to a company he is a co-director for the development of cluster houses. The State say the piece of land was valued at US$2.7 million.
As a result of the alleged crimes, the total value of the property stolen, according to the State papers, is US$3.6 million.
Chipanga appeared before Magistrate Josephine Sande and was charged with violating the Criminal Law (Codification and Reform) for allegedly publishing a false statement prejudicial to the State or causing disaffection among the police force or the defence forces. The charge arise from a press statement that he made at the party’s headquarters on 14 November 2017 where he is alleged to have insulted the Commander of the Defence Forces Constantino Chiwenga.
Hamandishe who is facing six counts of kidnapping and one count of communicating false information or causing disaffection among the security forces appeared before Regional Magistrate Hosea Mujaya who remanded him in custody to 8 December 2017. 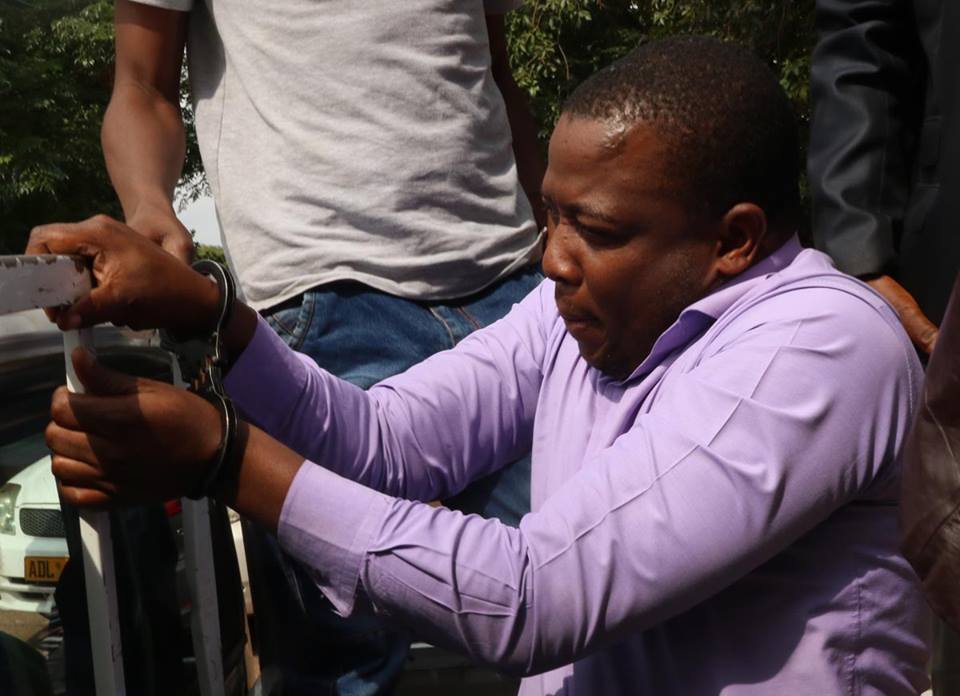 His application for refusal of placement on remand on the grounds that he was over detained was dismissed by the magistrate.