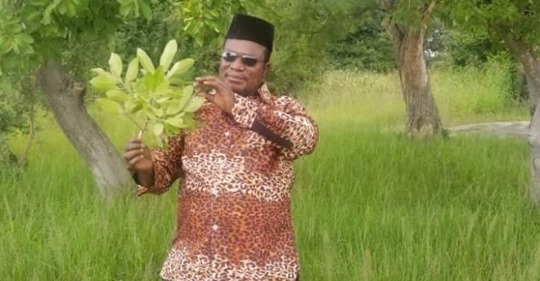 ONE of Africa’s richest traditional healers, Sekuru Kamwelo Banda has this week weighed in on the novel coronavirus (COVID-19) and submitted that it is vital to tap into indigenous knowledge systems in curbing the spread of the pandemic.

The prominent traditional healer and herbalist made the submissions to debunk misinformation and myths from certain sections of the society surrounding the COVID-19 pandemic.

Addressing a conference on indigenous knowledge management in Harare on Monday, Sekuru Banda said in their line of work, they use animal spirits and plant-based medicine for healing people.

“What was meant for the jungle must remain in the jungle. Coronavirus has given us an important lesson that we should be responsible in our pursuit of profits. “The bundling of different species in one area is not only a Chinese problem. It is regrettable that here in Africa people co-habit with wild animals,” he said.

“In Zimbabwe other people keep broilers, quelea birds, rabbits or guinea fowl in their houses, in the process, they end up acquiring severe respiratory diseases from these animals. That’s why we have experienced bird and swine flu,” he added.

He said the failure to respect the law of nature is a problem that traditional leaders have noted as the microcrosm of the macrocosm in this pandemic.

“As traditional healers, we urge relevant authorities to take appropriate measures to curb such illicit activities. ‘There is need to sensitise people on the root causes of coronavirus so that as a society we debunk conspiracy theories and take responsibility for the problems haunting us,” Sekuru Banda said.

He said scientifically it was proven that the disease was zoonotic, implying that it’s transmitted from animals to humans.

“If we work together and create a knowledge base around these issues, we can go a long way in fighting this pandemic and others to come. It is my mandate as a traditional healer to sensitise and inspire others to join in the fight against viral pandemics that threaten our being,” he said.

One conspiracy theory by Christians is that coronavirus is one of the signs of the end of times while another cites economic warfare between China and the United States of America. Extremists say fearing to be overtaken on the power of the economy by China, the US invented the disease in the laboratory is a biological warfare and vice versa.

However, it is widely believed that the disease originated from Wuhan province of China where they have wet markets.

In this province, Chinese stock animals from different parts of the world.

These animals would have been illegally imported. From statistics, China was operating 28 000 wet markets across the country.

According to Ukrainian philosopher, Slavojzizek, the 2003 SARS virus can be traced to the Chinese wet markets.

Sekuru Banda said if an animal is kept under captivity, its immune system deteriorates; thereby creating a breeding ground for different viruses to thrive within its body.

He cited the fact that wild bats ended up infecting pangolins in the Chinese wet markets hence the birth of coronavirus.

The respected nature advocate is of the view that people should respect animal rights and God’s plan of creation.-ZP