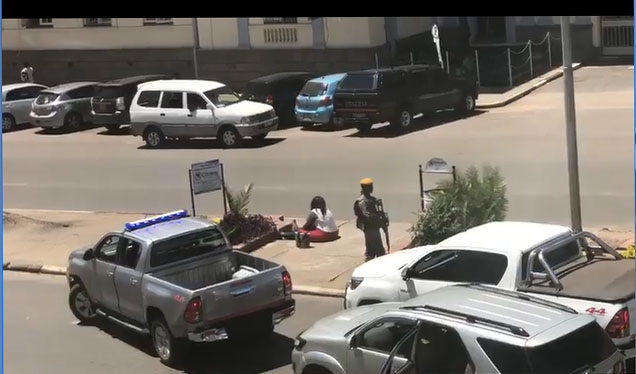 An unnamed Harare woman today surprised the nation after she sat in the way of President Mnangagwa’s motorcade.

Mnangagwa was on his way to a rally in Kadoma but was delayed after the woman refused to pave way for him.

According to Mr Energy Mutodi , Mnangagwa then ordered his security team not to harm or chase away the woman.

Chiwenga Buses All Relatives To His Homestead On Saturday

Child Prostitution on the Rise In Zimbabwe