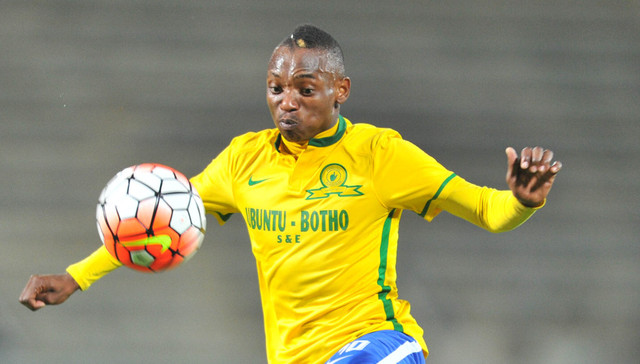 ZIFA have secured Orlando Stadium as the venue for the Warriors’ 2021 AFCON qualifier against the Desert Foxes while the association continue to sell the nation a dummy that they are battling to have the match played in Zimbabwe.

Authoritative sources in South Africa told The Herald yesterday that ZIFA chief executive, Joseph Mamutse, yesterday sealed a contract with his South African Football Association counterparts for the match to be held at Orlando Stadium in Soweto.

This is in sharp contrast to the song which the ZIFA officials have been singing in public saying they were confident of getting the Confederation of African Football to give the greenlight to Barbourfields to host that blockbuster showdown.

A number of ZIFA officials have, in the past few days, given an impression that they are waiting for CAF to make a decision, possibly this week, amid hopes in their camp that the big game will be played here in Zimbabwe.

However, The Herald can reveal that Mamutse, who is in South Africa on business, signed an agreement with his SAFA counterparts for the match to be held at Orlando Stadium.

‘‘Mamutse is here in SA for a FIFA workshop, he met with SAFA (officials) today and signed the agreement, the match is at Orlando Stadium,’’ said the sources.

‘‘Some ZIFA guys are likely to travel to Johannesburg on Wednesday or Thursday to work on the logistics.’’

ZIFA have been sending signals to the Government, which intervened with a massive programme to renovate the National Sports Stadium and Barbourfields, that they were hoping to get the match played in Zimbabwe.

The Government and other stakeholders have been working overtime with the owners of the stadium, Bulawayo City Council, to get the stadium ready for inspection.

The workmen at Barbourfields had been given a deadline, until end of day today, to complete the most critical aspects of the required standards, as mentioned in the CAF report.

However, the association have — on the other hand — been securing a deal with foreign partners for the match against Algeria to be played in South Africa.

Chief Director in the Ministry of Youth, Sport, Arts and Recreation, Benson Martins Dube, who is currently in Bulawayo overseeing the work, said he was impressed by the pace of the refurbishments at Barbourfields.

“There has been a lot of commitment from everyone involved. Resources have been availed and the staff on the ground is working very hard,’’ he said.

‘‘I can tell you Barbourfields has changed from what it used to be.

“We had given ourselves up to Tuesday (today) to work on the most urgent requirements and the most encouraging thing is that we are meeting the deadlines.

“There has been massive work in the changing rooms, the medical rooms, the doping rooms and the ablution facilities.

‘‘I am sure this ground is now good to go. We are now waiting for ZIFA to send pictorial evidence to CAF and this should be done by end of day tomorrow.’’

Association spokesperson, Xolisani Gwesela, yesterday said they were still confident the blockbuster game could still be held in this country.

Gwesela said they were still hopeful of a positive response to the appeal to CAF.

“ZIFA is still engaging CAF on the matter and no binding decision has been arrived at as yet,’’ he said.

“We appeal to the football fraternity to be patient as the engagement goes on; hoping that CAF will grant us our sovereignty to play home matches in Zimbabwe.

“ZIFA is grateful to the Government, and all other stakeholders, for the great strides made since the ban to ensure that stadiums are upgraded to meet international standards.”

Another letter, advising ZIFA that they need to reveal the name of the stadium where they will host Algeria, came from CAF on Sunday.

However, just like other official communications surrounding the case, it was not availed to the media and public.

CAF last month announced a blanket ban of all Zimbabwean stadiums saying they do not meet the minimum standards to host international matches.

The continental football mother body given partial approval for Barbourfields to host the game.

ZIFA are still hoping CAF will send an inspection team this week to look at the revamped Barbourfields.

Regional football bloc, COSAFA, have also chipped in to try and have Zimbabwe given back the right to play their home matches on the domestic front.

However, an official yesterday said it was unlikely CAF will reverse their decision for the match to be played on neutral soil.

“The procedure for re-inspection is quite thorough. First, work has to be done on the ground,’’ said the official.

‘‘After the work has been completed, the local club licensing manager is supposed to conduct an inspection and produce a report.

“It has to be proved beyond reasonable doubt that the facility meets the required standards and then an application is made to CAF to send an inspection team.

‘‘The CAF inspector will evaluate the state of the stadium and then a decision is made.’’-HERALD