Zimbabwe Prisons and Correctional Services (ZPCS) has admitted that at least 500 prison inmates are malnourished and starving in the Southern African nation‘s jails due to food shortages amid an economic collapse in the country. 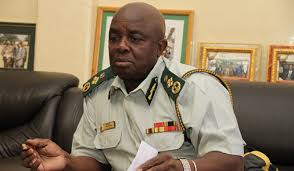 Zimbabwe, in the grip of a crippling economic crisis, has seen starving prisoners begging for help from the outside world.

Zimondi was speaking after receiving a donation of 30 tonnes of sugar from Tongaat Hulett managing director Mr Sydney Mutsambiwa .

The ZPCS requires around $28 million per year to feed around 21 000 inmates in the country’s 46 prisons as the standard diet is $3 per prisoner although allocations from the government fall far below the required level.

In 2013, ZPCS  disclosed before a parliamentary portfolio committee that the situation in the country’s prisons was bad a situation that has resulted in more than 100 inmates dying of hunger and other nutrition-related illnesses that year alone.

Former mercenary Simon Mann who spent seven years in Zimbabwe maximum security Chikurubi prison after a failed coup in Equatorial New Guinea reveals in a book he wrote in jail that many days 20 men die in Chikurubi. He says 5 inmates die per day.

Last year in February, ZPCS  failed to take prisoners to court in Harare citing fuel shortages and  the vehicles which ferry suspects from prison cells to courts were also being serviced.

“We only have three vehicles for Harare courts – one for Harare Remand, Chikurubi Female and Chikurubi Maximum – and they are all off the road,” an official said.