Zimbabwean Bianca Polizzi has beaten rivals in the prestigious Pot Noodle competition with her kettle cup entry set to be made into a prototype and sold in the world market. 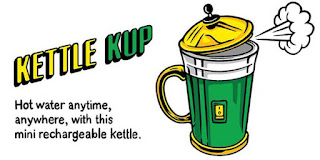 Bianca, a student at Bath University in the United Kingdom, beat other rivals in the YouCanMakeIt competition in which voting was through re-tweets of favourite entries.
Pot Noodle wrote a letter to the 21-year-old congratulating her for coming up with a top entry that is likely to save time for coffee drinkers.