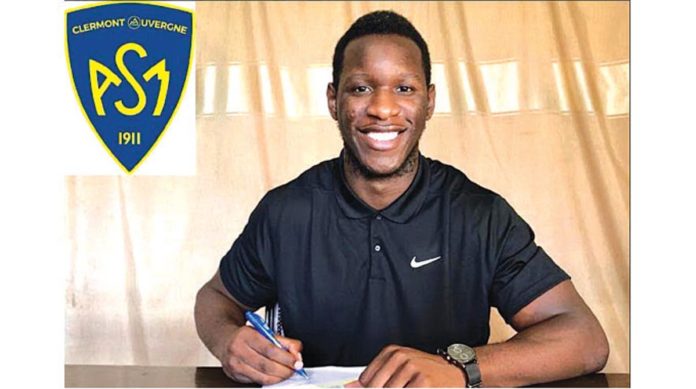 The 18-year old three-quarter back was revelling as he put pen to paper on a three-year contract with ASM Clermont Auvergne, a top French rugby side and two-time European club champions.

“It feels surreal right now that at 18 I can be playing in France for one of the best rugby clubs in the world,” TJ admitted.

The powerfully-built Falcon College who turns on an electric pace at fullback and is equally unbreakable at centre or either of the wings, lifted the spirits of his countrymen with a few words of motivation.

“I hope that my move will inspire the next generation of Zimbabwean athletes that they can also play in the biggest leagues of the world,” he said.

Despite close monitoring from South Africa’s official scouts after his selection into the Golden Lions U16 team, Maguranyanga’s name is already captured in the Zimbabwe Rugby Union radar having featured for the national Under-18 side.

He also remains a priority target for the senior national team with Bob Mahari, then Zimbabwe U20, revealing he was following his exploits in SA.

Also, Peter de Villers, the immediate past Sables coach, described the Harare-born athlete as ‘the future of Zimbabwe rugby’.

“I have never been excited about a player as when I bumped into this young man,” PDV waxed.

“What’s amazing is he is still growing and developing.”

TJ acknowledges the challenging journey but is ready to embark on it.

“I believe the work is only just starting and I will need to put in some hard work in order for me to reach my full potential and display my true talent. But I know at Clermont I will be able to grow not only as a player but as a person,” he said.

Regarding the 2023 World Cup where the Sables hope to make a return, rugby experts are of the firm opinion that TJ can be the game-changer.

He will be 21 that year and Nyasha Muchochomi, his agent and a Young Sables coach lists his name among hopefuls for a place in the senior squad.

“TJ at 18 is bigger and stronger than any Sable player. He squats 200kg for five reps and sprints 10.60s, no Sable who can claim those stats,” Muchochomi reckons.

Maguranyanga’s athleticism is further aided by extra shifts on the basketball court where he was named Most Valuable Player for St Stithians U16 only three years ago.