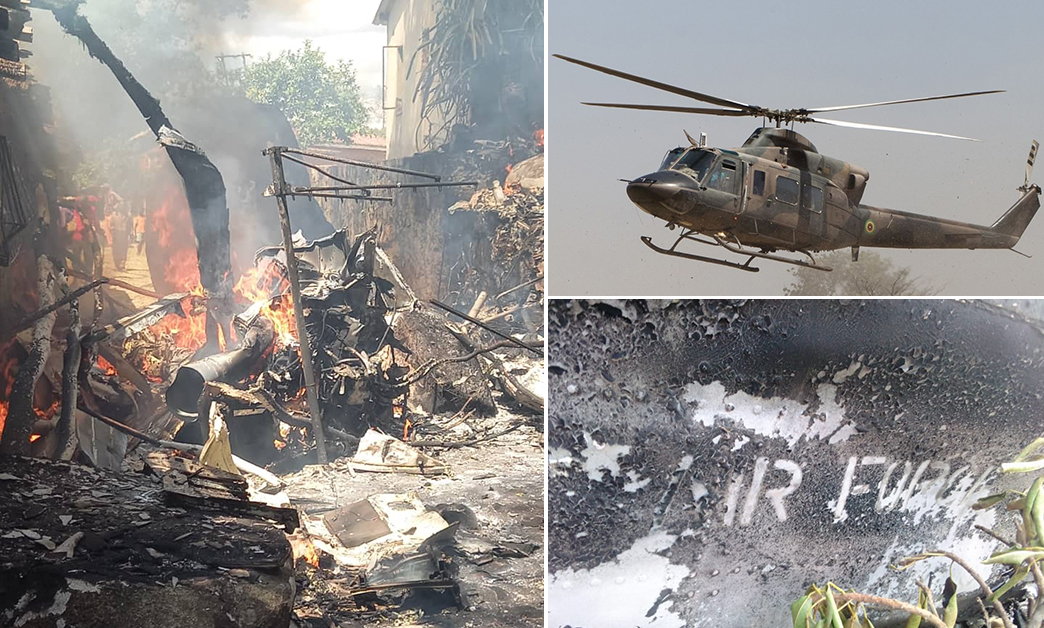 A second child and its mother suffered serious burns after the Bell 412 helicopter, apparently out of control, crashed into a house before exploding into a ball of fire. The two were being treated for their injuries at Parirenyatwa Hospital in Harare.

So intense was the blaze witnesses said they “could not see even bones.” Military police arrived at the scene and began combing through the smouldering debris, looking for human remains.

The Air Force of Zimbabwe said two pilots and a technician, who were all not named, died in the crash. ZimLive sources said one of the pilots was a female flight lieutenant, and the other a wing commander.

A witness who was among the first to arrive at the crash site said: “Anyone in the helicopter was burnt beyond even any remains. Unfortunately, despite being in a rural-type area and sparsely populated, it crashed straight into a house, killing one child and seriously burning another.”

The Air Force said the helicopter had flown from Manyame Air Force Base on a training mission over the Seke-Domboshava area when it lost contact.

Air Marshal Elson Moyo, the commander of the Air Force of Zimbabwe, said in a statement: “We’re deeply saddened by the loss of lives after the unfortunate accident. Our hearts and prayers are with the families of the deceased and those injured in the accident.”

He said they would release the names of the dead after their families had been informed.

“The cause of the accident will be established after an air crash investigation,” Air Marshal Moyo said.

(This story was updated with comment from the Air Force)