5 Zimbabweans die in collision near Musina 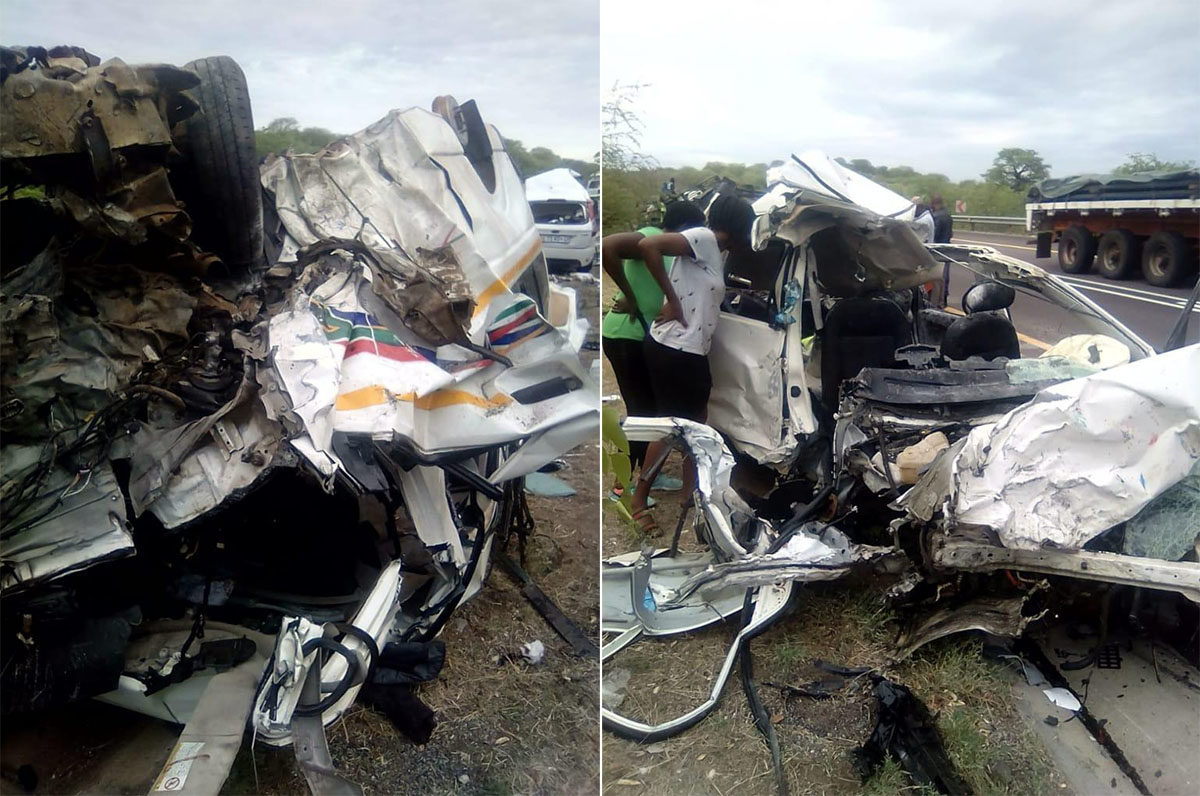 MUSINA, South Africa – Five Zimbabweans, including two children, were killed on Friday in a head-on collision between a Toyota Quantum minibus and a Ford Fiesta on South Africa’s N1 highway near Musina.

Among the dead were the drivers of the two vehicles.

Brigadier Motlafela Mojapelo of Limpopo police said the collision which happened just 10PM was still under investigation, but alcohol was suspected to be a contributor.

“Along the N1 road after Baobab Tollgate, the two vehicles had a head-on collision. The male driver in the Ford Fiesta, Farai Hunyei, died at the scene and his passenger died in hospital.

“Two passengers in the Quantum died at the scene and their driver Emmanuel Sibanda, also from Zimbabwe, died in hospital. The total number of fatalities is five.”