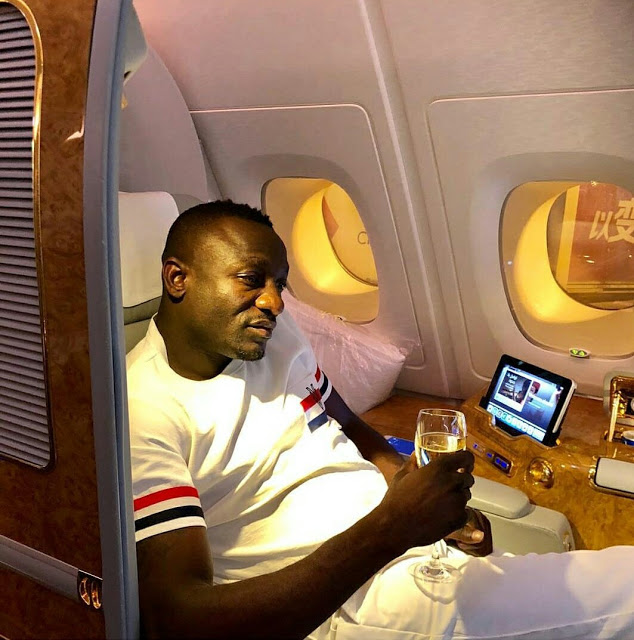 Controversial businessman and socialite Genius “Ginimbi” Kadungure says he remains unfazed by the $87 000 his Club Sankayi nightspot was defrauded of by a patron saying it is pocket money for him.

According to media reports, a 23-year-old unemployed Harare man was said to have allegedly consumed beer worth $87 000 at Club Sankayi before generating fake deposit CABS Bank payment messages.

Speaking to Star FM’s 326 Drive Time presenters Phathisani and KVG about this incident on Thursday, Ginimbi said although his establishment was defrauded, he was not affected.

“When they sell alcohol, I won’t be part of that process as I’m part of management so I then ask what happened.

“In any case $87 000 is just small money. I really don’t care about the money and I’m moving on with life. It can’t stop because of such people and money,” said Ginimbi.

He said he would let the law take its course on the patron who defrauded him.

Ginimbi who last week hosted his All-White birthday party at a private residence in South Africa, went on to throw shade at the presenters when they asked him why he did not invite them to the celebrations.

He simply responded saying “they just could not afford new clothes” which is the only requirement for those who attend his birthday party. Expensive drinks and snacks are all provided by him for free.

“I want people to understand that when we send out invites, the prerequisite is who can afford to buy new clothes. So a person like you (Phathisani and KVG) who work from eight to five to acquire that expensive look and clothes is a problem.

The birthday celebrations were attended by SA socialites Kenny Kunene and Blesserfinder proprietor Serge Carbonage as well as locals Russel Goreraza, Pokello Nare and model Jacquie Ngarande among many other party lovers.  The Chronicle.