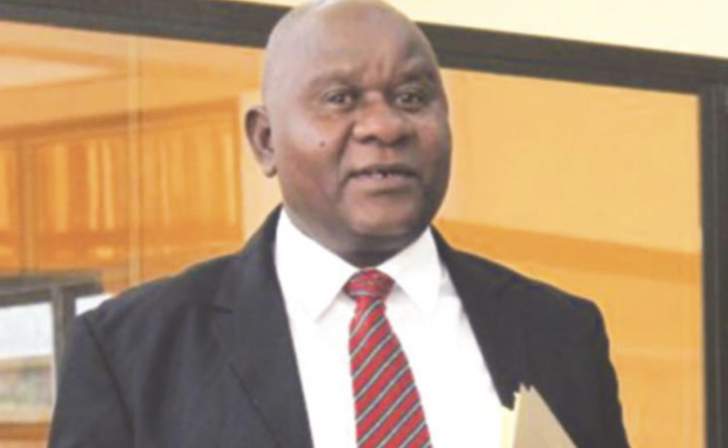 NINE members of the Zimbabwe Under-17 national football team have failed tests which are conducted to determine the ages of players allowed at age-group tournaments.

Of the 25 players who were in camp, preparing for the African Union Sports Council Region Five Youth Games, nine of the footballers failed the Magnetic Resonance Imaging (MRI) scans, which were conducted this week.

It’s a huge number given that it represents 36 percent of the players who have been in camp, preparing for the tournament, set for Maseru, in Lesotho, from next Tuesday.

It is also the latest blow to hit the Young Warriors, who are only returning to action, after the humiliation they suffered, last year, when they were thrown out of the COSAFA Cup, over age-cheating allegations.

However, ZIFA questioned their expulsion, from the tournament, insisting their tests had given all the players the clearance to feature in the regional tournament.

“The Zimbabwe Football Association received with great disappointment, the correspondence from COSAFA to the effect that our Under 17 team has been disqualified from 2020 edition after one of the players failed a Magnetic Resonance Imaging (MRI) test,” the association said, in a statement, shortly after the team’s expulsion.

“This is, indeed, surprising and questionable since we carried out similar tests on the boys and disqualified six for failing to satisfy the bone fusion criteria, taking only those determined to be of the correct age.

“ZIFA does not condone age cheating and will conduct further investigations on how the six, who were dropped, failed the tests.

“All the boys that travelled for the tournament were tested at a reputable MRI centre in Harare prior to their departure and the centre used a fairly powerful 1.5 T machine.

“The MRI results were also reviewed by a Specialist Radiologist, Dr Z Sirdar.

“Our team doctor Dr Rabson Zhou who travelled with the team has all the test results with him as proof.

“We have appealed against the CAF and COSAFA decision and we are confident that we did not deliberately breach regulations governing the Under-17 tournament.”

Exactly a year later, the controversy has reared its ugly head again, with nine of the players, who have been in camp, failing the test.

The latest developments are likely to provide ammunition, to those critics, who have kept saying there is something wrong, with the way the country’s junior national football teams, are selected.

The football tournament at the regional Games is set to get underway on Tuesday.

The Young Warriors technical team, led by coach Tafadzwa Mashiri, were hoping to finalise the team on Thursday, after the scans.

However, they could not do so, after nine of the 25 players, failed the MRI scans.

Speaking to The Herald yesterday, Mashiri said they were running around to find replacements, so that they can finalise the final 18 players, to travel to Maseru.

“Right now, we don’t have the final 18 but I think soon,” said Mashiri.

“We have a challenge with the MRI, so we have to replace those that have been affected by the bone tests, the MRI scan.

“Nine players were affected, so we are left with 16 players.

“The way forward is to look at the players we had dropped, then we follow them up, and we try to fill in the slots.

“So, we are busy with that process right now.”

Mashiri this week said they were in a difficult situation, since the Under-17 players have not been active, because of the Covid-19 pandemic.

“However, it must be noted that players were inactive for the past two years due to the Covid-induced inactivity,” he said.

“So, it’s a very difficult situation that we find ourselves in and schools were not operating so, basically, we can say these players were not involved in football.

“But, the good thing is sport has been opened. “It’s an opportunity so that they can continue with the career path and competing at these Games will give them the international exposure. “It will give them the experience that is needed for their development.

“Besides where we are coming from, the Covid-19 induced hardships, it’s good finally they are taking part and we are grateful to the Government for that.”

Member-in-charge of media liaison and publicity for Team Zimbabwe, Ranson Madzamba, said they were expecting the Covid-19 results, late yesterday.

“We are closely working with our Team Zimbabwe medical doctor and his team.

“We will receive the PCR results for the team by end of day today and from there we will give an informed statement,” said Madzamba.

Zimbabwe will take on hosts Lesotho, Eswatini and Madagascar in Group A.

Group B is made up of South Africa, Angola, Botswana and Mauritius while Group C will feature Zambia, Malawi and Seychelles.

Zimbabwe will field both boys and girls teams at the Games.

In the girls’ category, Zimbabwe were drawn against Zambia, Botswana and Comoros in Group A. The final team for the girls is still to be finalised as well.

Group B is made up of South Africa, Mauritius and Namibia.

The football teams were expected to leave for Maseru today but Madzamba said this will no longer be the case as they are required to travel a day, or two days, before the start of competition.

Harare man remanded in custody for selling a hired car