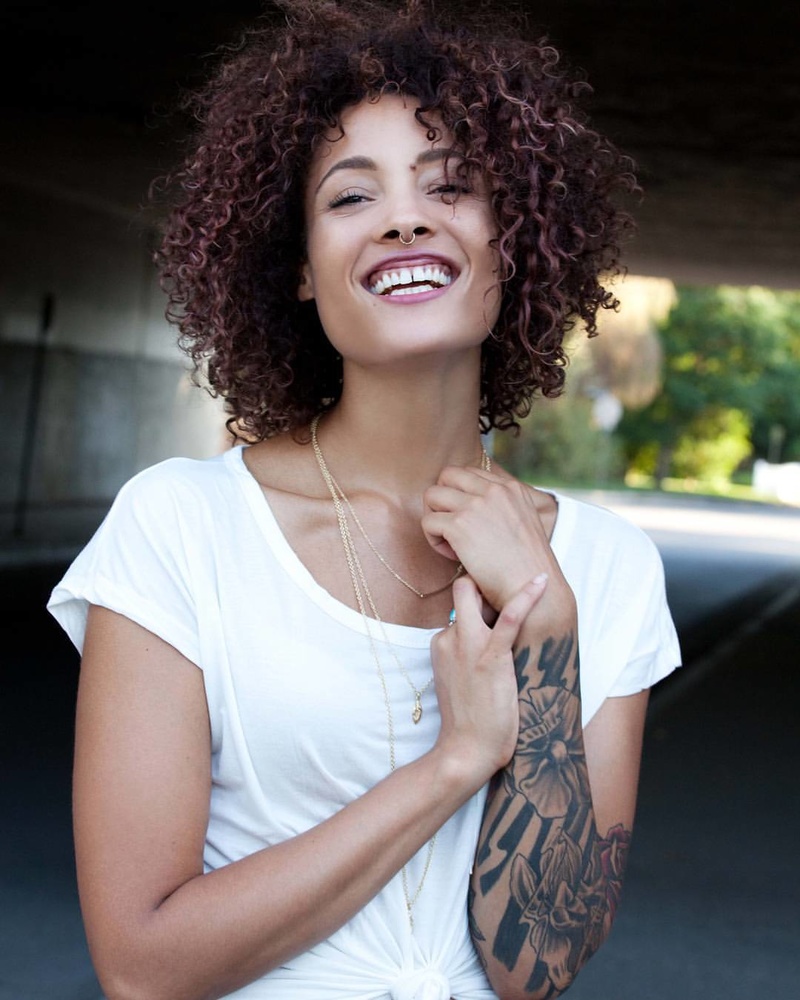 If all goes well, it looks like South African comedian Trevor Noah is going to be off the market soon.

Gone are the days when women used to wait for their love interests (crushes) to ask them out.

An American actress has wowed the internet after she decided to do the honours and publicly propose to Trevor Noah.

American actress and model Elyse Cizek has hogged the limelight after a video of her publicly asking Trevor Noah to be her boyfriend went viral.

In the video which has since garnered over a thousand views, Elyse shot her shot at Trevor Noah.

Elyse started the video by introducing herself before she went on to ask Trevor Noah to be her boyfriend.

“Hi my name is Elyse. Do you want to be my boyfriend? Okay, we can go on a date first… but I mean, my mom says we would be a perfect match for each other. I know you live in New York, but I live in Los Angeles, there’s a pipeline. You can just come here whenever you want,” a smitten Elyse said.

Elyse went on to reveal how she thinks all his jokes are funny and how she doesn’t mind dating him even though she is taller than him. She said that her mother thinks that Trevor Noah would be a perfect match for her.

She added that since they are both single, they should take a chance and date and see how it all turns out.

“I have a really cute house, I only have the average amount of millennial debt. I think all your jokes are funny, I’m taller than you but that’s fine. Because you’re hot and talented and all the short guys I’ve dated haven’t been either of those things. I’m kind of cute, and I’m single and you’re single. So, why not give that a go, you know? Will you be my boyfriend?” Elyse said.