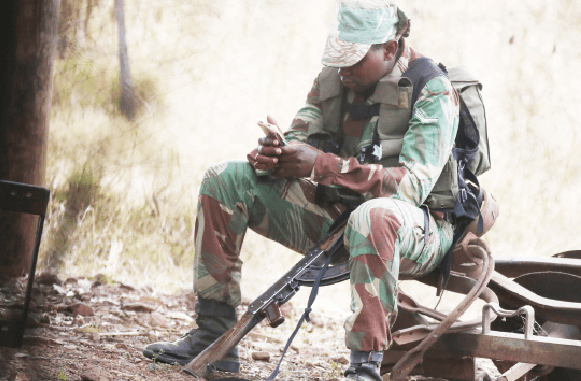 The 44-year-old former ICT Minister is the leader of the opposition Citizens Coalition for Change (CCC).

ZimLive interviewed two people who took part in the vetting exercise and corroborated the information.

After undergoing a medical examination, the recruits were sat down for a written test which featured 23 questions starting with the requirement to write a two-page biography.

Speaking on condition they were not named, the would-be recruits recalled that they were asked

i). Given the history of Zimbabwe which you know, how do you view Mr Nelson Chamisa being the next head of state?

ii). Zimbabwe is facing economic challenges. Which political party do you wish to win in 2023?

iii). Do you see Mr Nelson Chamisa winning the 2023 harmonised elections, why do you think so?

The military top brass, according to sources, has in recent years ordered recruiters to give preference to young recruits who attended rural schools owing to a perception that those who attended city schools are aligned with the opposition.

Chamisa’s spokesperson Nkululeko Sibanda said if the reports are true, they represented an abuse of state institutions.

He added that the army should not be aligned with any political party.

The military has in the past been accused of campaigning for the ruling ZANU PF and terrorising members of the opposition.