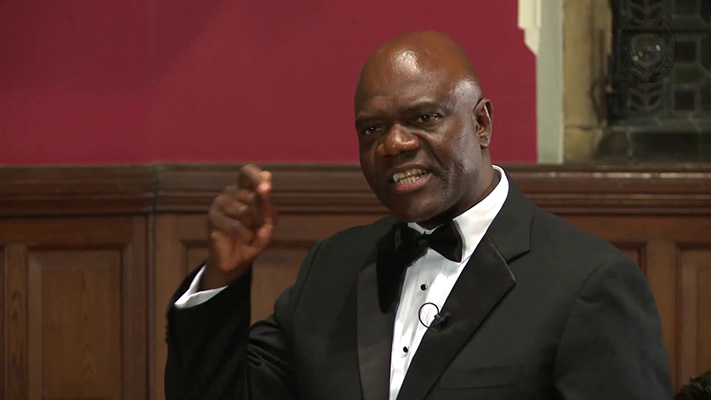 Former deputy Prime Minister during the Zimbabwe inclusive government, Professor Arthur Mutambara has dumped his political career – and is now a ‘school headmaster.’

According to sources, Mutambara has joined Rivonia High School in South Africa – this comes after his term ended and he disappeared from the political radar in Harare.

In 2006, he was elected President of the Movement for Democratic Change of Zimbabwe and he has been a member of the MDC since its formation.

Previously, he was managing director of the Africa Technology and Business Institute and professor of operations management at the School of Business Leadership at the University of South Africa.

A former director of Standard Bank with responsibilities in 17 African countries, he was employed at McKinsey and Company and the American National Aeronautics and Space Administration.

He later taught and conducted research at the Massachusetts

An author of three engineering books and 36 refereed journal papers, he served as a student representative at the University of Zimbabwe were he launched his political career.

Arthur is married to Dr Jacqueline S. Mutambara (nee Chimhanzi) and they have two sons, Gutsai and Kundai. He is a Fellow of the inaugural class of the Africa Leadership Initiative-South Africa and a member of the Aspen Global Leadership Network. –Online sources

Tory plan to deport Zimbabweans could be a ‘death sentence’