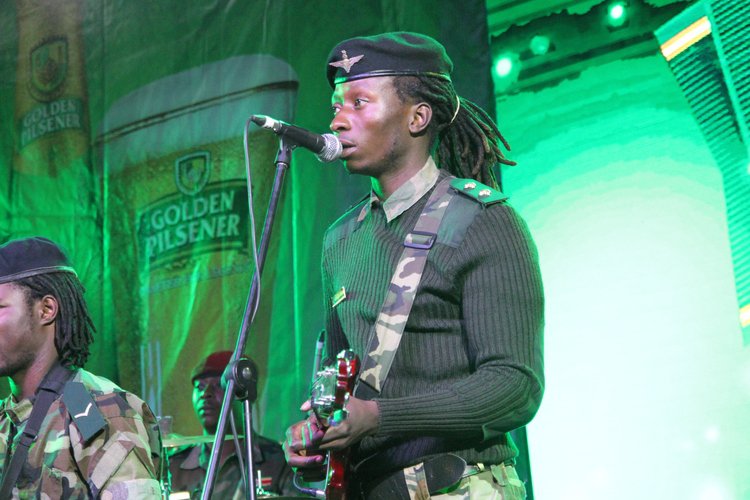 Baba Harare confirmed he was leaving the group to embark on a solo career.

In an interview, Chizvino said that he was going to formally bid farewell to Jah Prayzah and the 3rd Generation yesterday.

“I have not formally resigned but I am going there this afternoon (yesterday) to bid my farewell and after that I will furnish you with more details,” he said.

However, close sources revealed that the popular guitarist had played in his last show during the New year’s eve gig – Fill Up HICC.

The sources further revealed that Baba Harare will be launching his debut album on January 26 at Jazz 24 /7.

“It’s confirmed that he is leaving Jah Prayzah and all is set for the release of his first album on January 26 at Jazz 24 /7,” the sources said.

Meanwhile, Jah Prayzah, through his manager Keen Mushapaidze, could not confirm nor deny the latest developments.

Mushapaidze said they were waiting for formal confirmation from Baba Harare as they had only heard it through grapevine.

“Am not in a position to comment but if it is so, we are waiting for the proper and formal procedures and until then I cannot give you any the details,” Mushapaidze said.

The 29-year-old guitarist built up his career from church performances.

He joined the 3rd Generation band in 2009 and has been an influential member of the set up.

Baba Harare has toured with Jah Prayzah in various countries including The US, Britain, Canada and Australia among other international destinations.

Baba Harare said that he has achieved a lot under the 3rd Generation Band including buying a house and a car.

She has since successfully launched her solo career. The Herald