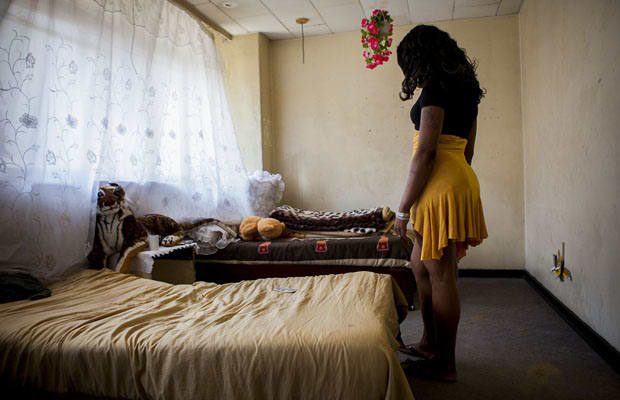 Beitbridge prostitutes are not deterred by the biting chilly weather as they are setting up fires on the street corners to warm themselves up as they wait on in solicit for sx from men on in Dulivhadzimu suburb, H-Metro has learnt.

One of the hookers only identified as Mandi, told H-Metro that she makes sure she comes up with better tactics to lure men for sx so as to earn a living.

“I do not have a passport to cross border to look for a job in South Africa. Men who cross the Limpopo River bring money here for me to earn a living,” said Mandi.

Competition forces us to accept any rand or dollar for a ‘short time’ session since every note counts when you are away from home. Some ladies use South African mobile lines to communicate with their relatives or husbands in other towns, lying that they are working in South Africa when they spend nights warming legs for se_x here,” she said.

Mandi told H-Metro that she relocated to Beitbridge after facing stiff competition in Harare.-H-metro

Drama At Masowe : Woman Confesses to Sleeping With Snake