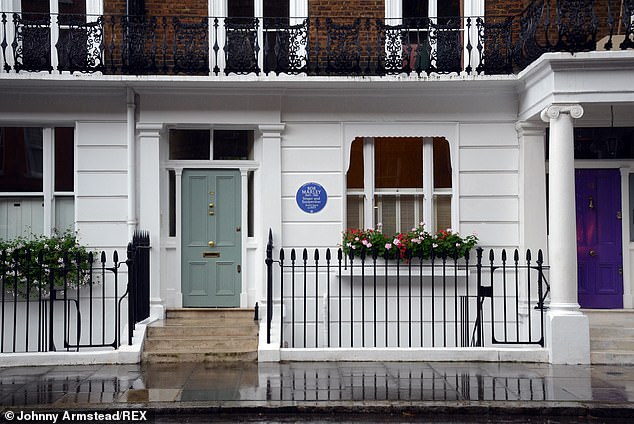 London housing prices can be extortionate at the best of times, especially when they’ve got a famous name attached to them.

But we Londoners love local celebs so much that it often doesn’t stop us from wanting to get in on the action.

Recently, company Dexters posted a new listing to a lovely flat in Bloomsbury, but it has a star-studded selling point.

Viewers have gone wild over this housing block that used to be home to the one and only Bob Marley back in the 1970s.

The stylish flat is not cheap (Image: Dexters)
One of the flats in the block was the very first place in London that Bob Marley lived in when he moved here in 1972.

There is even a plaque in ode to the reggae singer, that was added to the building in 2006 for Black History Month.

And it seems that this kind of celebrity status comes at a price – a single flat in the Victorian mansion block is going for a jaw-dropping £1.65 million.

The Victorian mansion block is surrounded by greenery (Image: Dexters)
The flats are located on the west side of Bloomsbury, near to Tottenham Court Road and Fitzrovia.

Dexters describes the area as a ‘tranquil’ spot away from the hustle bustle of the nearby West End.

Surrounding the housing block is a huge communal garden, alive with trees and greenery. Alison Batrick at the Dexters Marylebone office says the apartment is a “highly desirable home”.

‘Too white’? (Image: Dexters)
But potential buyers have had mixed reactions. One commenter on Twitter said that the £1.65 million price tag was far too steep, calling it “ridiculous”.

The website also boasts a light room with plenty of wide windows, but some commenters on Twitter weren’t into the design.

“Much too white!” one angry commenter added.