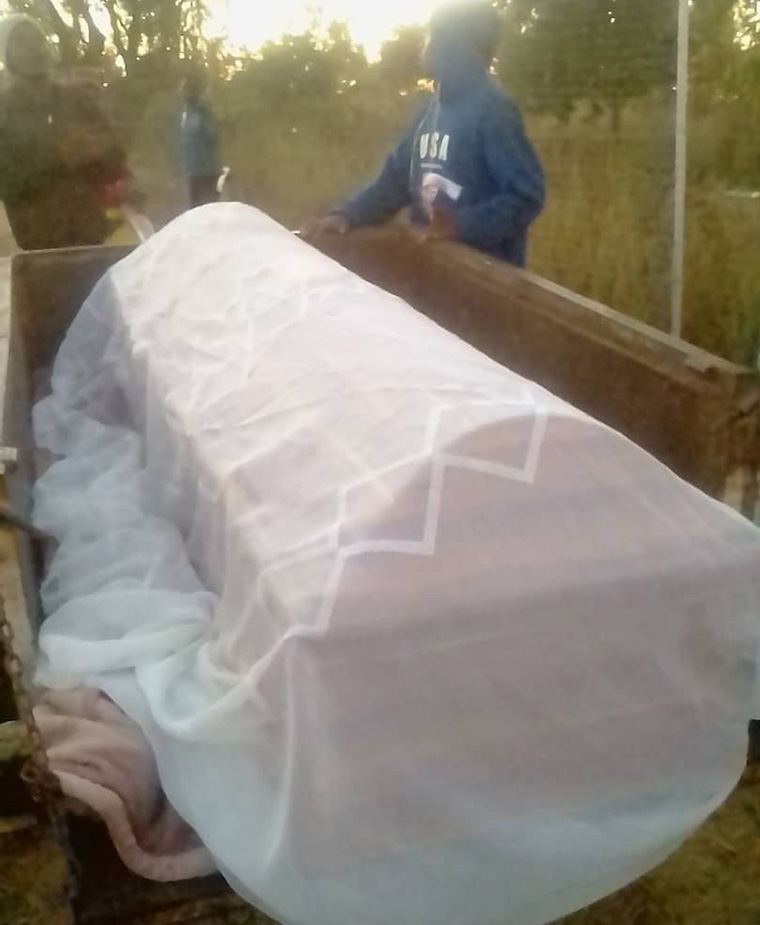 The body of a man who died following a brutal assault in a Harare bar has been dumped at the rural home of one of his alleged assailants, the MDC-T vice president Elias Mudzuri.

Relatives left a coffin with the body of Ronald Mukumbira on a verandah at the politician’s home in the Four Miles area of Zaka at 6AM on Wednesday.

The 23-year-old died on June 10, three days after he was brutally assaulted at Duriro Pub & Grill in Harare’s Wokington industrial area. The bar is owned by Mudzuri.

After he was treated and discharged from Sally Mugabe Hospital, Mukumbira allegedly told his mother, Netsai Mukumbira, that he had been attacked by the former Harare mayor, his brother Leonard Mudzuri and other unnamed men.

The assault was allegedly over missing pool table balls, which Mukumbira was accused of stealing. Both Mudzuri and Mukumbira come from Zaka.

Speaking to ZimLive by phone, Netsai said: “We took the body to the Mudzuri homestead this morning. There were people at the homestead, they watched through the curtains. We left the body by the verandah, and we wait and see what they do with it.”

Dumped at doorstep … The body of Ronald Mukumbira was delivered to the Mudzuri home by scotch-cart early Wednesday
The Mukumbira family is angry that police have not arrested Mudzuri, and their mood was not lifted by a post-mortem report which did not link the assault to the death. According to the victim’s mother, the pathologist wrote that “police to investigate.”

The family fears that police are unable to arrest Mudzuri because of his and his party’s links to the ruling Zanu PF party, which is associated with impunity.