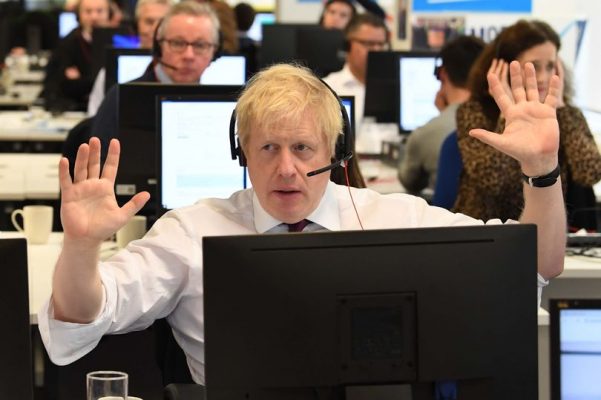 The UK Prime Minister Boris Johnson has been accused of making some “shocking comments” in newly uncovered remarks from his newspaper and magazine columns in the past , which the Labour Party says demonstrate that Mr Johnson is “a danger to our country and must be stopped”.

The revelations come as the UK heads into a general election on 12 December, this Thursday.

In a 2008 column, the Mirror reports that Johnson wrote there was “a grit of truth” in the late Zimbabwean President Robert Mugabe’s claim the Labour Party was composed of “gay gangsters.”

Boris Johnson defended opposition to gay people serving in the military, the arrest of dictator General Pinochet and the abolition of fox hunting, the Mirror revealed.

Some 3,000 people were killed under Pinochet’s brutal military junta – with more than 1,000 still missing.

A column reproduced in his 2008 collection reads: “[Mugabe] has fatally lost sympathy after he said that New Labour was composed of ‘gay gangsters’ (though, ahem, you could say there was grit of truth in that observation).”

In a raft of newly unearthed comments, the Tory leader complained the police had been “cowed” by the Macpherson report – which uncovered institutional racism in the force in the wake of Stephen Lawrence’s murder.

And he said officers were too busy “stuck on racial awareness programmes” or trying to “catch paedophiles in ancient public schools” to investigate the theft of his bike.

Mr Johnson has repeatedly claimed he only compared Muslim women to ‘letterboxes’ while defending their right to wear face veils in public.

But ‘Have I Got Views For You”, a 2008 collection of his writing, reveals he had mocked traditional Islamic dress years earlier.

Writing about a BBC journalist, he said: “Look at the wacko women’s gear that the BBC’s John Simpson wore when he smuggled himself into Afghanistan, a sort of blue tent with a letterbox hole for the nose.”

Last year Mr Johnson was slammed for complaining that money spent investigating historic child abuse was being “spaffed up a wall”.

But a 2000 column for the Telegraph reveals Mr Johnson’s has been opposed to police spending time investigating child rape in public schools for almost two decades.

In the article, which opens with a complaint about the Tory leader’s stolen bicycle, he wrote: “A cynic would say [police officers] were all stuck on racial awareness programmes; or deployed in desperate attempts to catch paedophiles in ancient public schools; or lurking in lay-bys in the hope of penalising a motorist; or perhaps preparing for the great moment when they will be able to arrest anyone who allows his dogs to chase rabbits, let alone those who go foxhunting.”

The previous year Mr Johnson made a spirited defence of some of the homophobic, racist and callous views that earned the Conservatives the nickname “the nasty party.”

He wrote: “Across the country, there are many Tories who wish their party leadership would speak up more strongly against, say, gays in the military, or the cowing of the police by the Macpherson report, or the arrest of General Pinochet, or the impending abolition of the oath and the cap badge of the RUC (Royal Ulster Constabulary), or the abolition of the hereditary peers and foxhunting. They are, of course, right.”

The replacement of the Royal Ulster Constabulary with a politically neutral police force was a key – but controversial – element of the Good Friday Agreement.

Shadow chancellor John McDonnell said: “The more we learn, the worse it gets. As well as being a danger to our NHS and a pathological liar, it is clear that Boris Johnson is a deeply unpleasant individual.

“He is a danger to women, to single mothers, the working class, minorities, gay people, and to anyone who doesn’t look like him. He thinks he is born to rule and stands against everything that holds our communities together.

“Boris Johnson is a danger to our country. He must be stopped.”