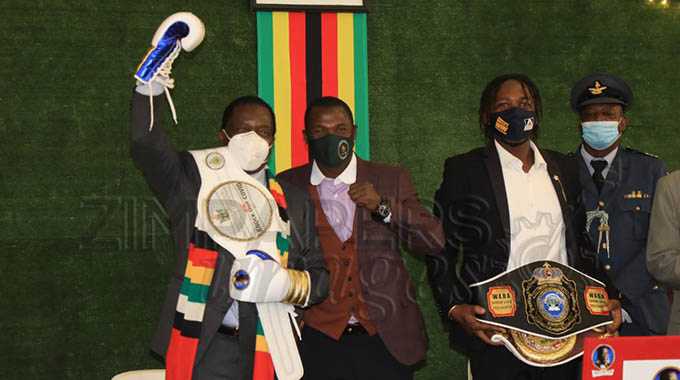 President Emerson Mnangagwa has rewarded champion boxer Charles Manyuchi with a US$10 000 present following his latest victory in defence of the WBF world middleweight title.

President Mnangagwa congratulated Manyuchi for his success and handed him a cash token of appreciation.

In return, Manyuchi gave the President specially branded souvenirs comprising a boxing belt and a pair of gloves dedicated to the country’s fight against Covid-19.

Manyuchi was escorted on the visit by the Minister of Youth, Sport, Arts and Recreation, Kirsty Coventry, and her deputy, Tino Machakaire.