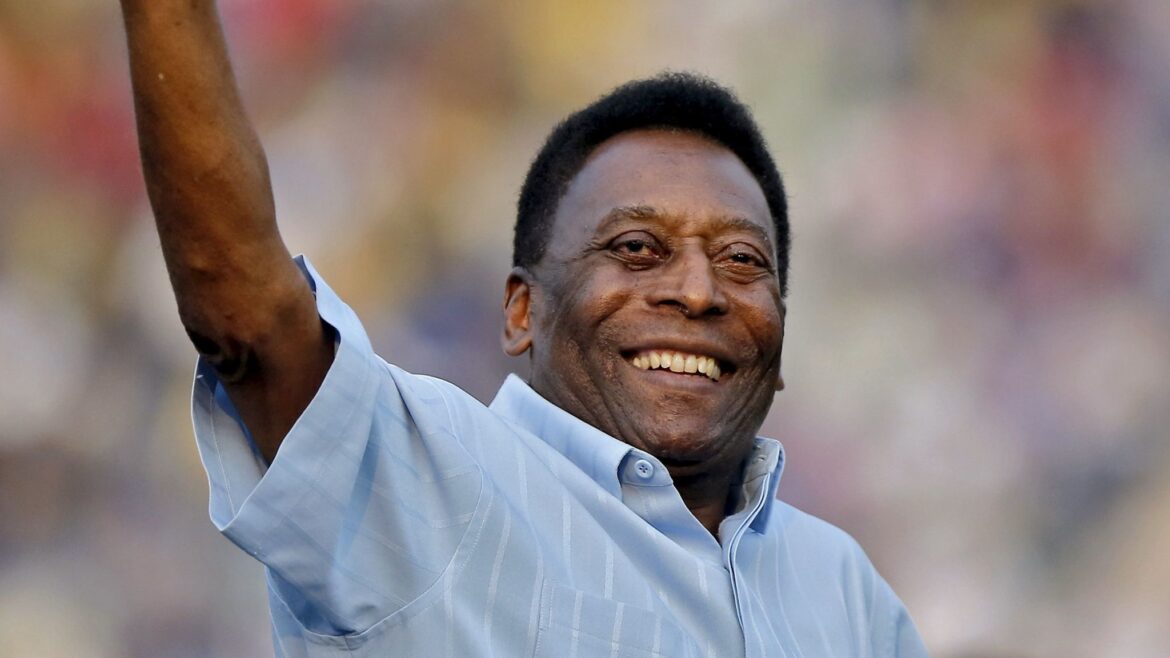 Brazilian football star Pele has died at the age of 82, his agent has confirmed.

The former Santos FC star, widely regarded as one of the greatest footballers of all time, had been at the Albert Einstein Israelite Hospital in Sao Paulo since 29 November.

A medical report just before Christmas showed that he needed care for cardiac and renal dysfunction, having been battling colon cancer since September 2021.

His daughter Kely Nascimento paid tribute to her father on Instagram: “We are thanks to you. We love you infinitely. Rest in peace.”

Pele – originally named Edson Arantes do Nascimento – began playing for Santos at the age of 15 and the Brazilian national team a year later, bursting onto the world football scene as a 17-year-old in the 1958 World Cup.

He died at 3.27pm Brazilian time due to multiple organ failure resulting from his colon cancer, the Hospital Israelita Albert Einstein said in a statement.

Gary Lineker was among those hailing Pele’s legacy following the news of his death.

He said on Twitter: “The most divine of footballers and joyous of men.

“He played a game only a few chosen ones have come close to.”

“For me Pele remains the greatest of all time and I was proud to be on the the pitch with him. RIP Pele and thank you.”

Pele’s role in Brazil’s third victory, in Mexico in 1970, has gone down in football folklore, as he played a key role in arguably the sport’s greatest ever international team.

“Inspiration and love marked the journey of King Pelé, who peacefully passed away today.

“On his journey, Edson enchanted the world with his genius in sport, stopped a war, carried out social works all over the world and spread what he most believed to be the cure for all our problems: love.

“His message today becomes a legacy for future generations.