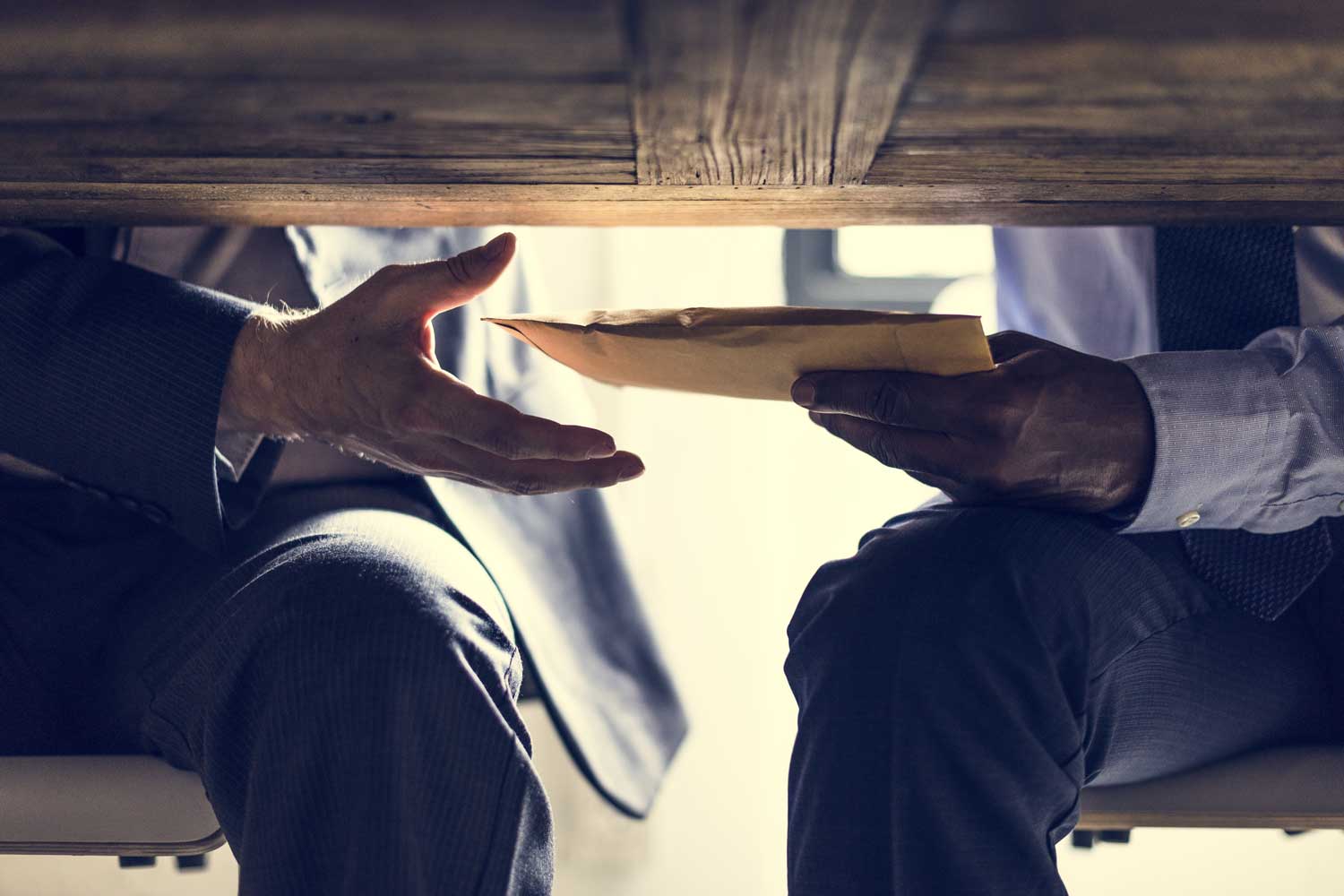 A contractor hired by one of Britain’s biggest companies brokered a proposed corrupt pay-off for Robert Mugabe shortly before his 2013 re-election.

A joint investigation by the Bureau of Investigative Journalism, BBC Panorama and the University of Bath reveals British American Tobacco (BAT) was linked to a conspiracy to pay a bribe of between $300,000 and $500,000 to the notorious dictator to get certain people released from jail.

Leaked documents suggest there were discussions about paying a bribe to Mugabe’s political party Zanu-PF.

At the time BAT was paying FSS, a South African private security contractor, to conduct a secret operation to hamper rival tobacco businesses in Zimbabwe. FSS had fallen foul of Mugabe’s regime after agents were accused of spying on its behalf on Savanna Tobacco, which was run by Adam Molai, the husband of Mugabe’s niece.

It was forced to rely on a local security company to do its dirty work. But in late 2012 three directors of that company were arrested and charged with conspiracy to commit robbery. The documents show that a plan was hatched with BAT’s knowledge to get the directors off the hook and protect BAT’s name.

The bribe was proposed by Brigadier General Asher Walter Tapfumaneyi, currently the deputy director general of Zimbabwe’s feared Central Intelligence Organisation spy network. At the time he was director at the Ministry of State of Presidential Affairs.

The man who brokered the deal has told the Bureau and BBC’s Panorama he had already bribed Zimbabwean officials to get an initial meeting with the brigadier.

“I had to make it clear that they’re going to expect a nice thick envelope of notes,” he said. “I would be given a lump sum of money as an operational budget and out of that I would always give a handshake and a nice wodge of cash to the principals just to warm them to the idea.”

Hear the full story
Victoria Hollingsworth tells the true story of the people behind BAT’s corrupt practices which reveals the dirty underworld of the tobacco industry. Listen to the new eight-part podcast Smoke Screen, published by AUDDY wherever you get your podcasts.

Listen to Smoke Screen: Love, corruption and spies in the tobacco industry.

A leaked document claims that during that meeting, between the FSS boss Stephen Botha and Tapfumaneyi, the brigadier said that “with the upcoming elections” a donation to Mugabe’s political party “would pave the way for negotiations to continue”. This would “open the doors to continue this project in the near future”.

Tapfumaneyi told the Bureau: “I have absolutely no knowledge or association with the events, circumstances, persona which you claim to have uncovered, except Zanu-PF. The rest of your story, I am hearing from you for the first time”.

Three sources have confirmed that BAT was aware of the deal on the table, and documents show that company money paid for the initial payment to secure the meeting. A paper trail shows a BAT employee signed off on payments for an FSS operation codenamed “SOS Zim”.

The arrested agents were released in early January 2013 immediately after Tapfumaneyi proposed their release as a “goodwill gesture” prior to any bribe being paid.

In mid-January 2013, emails reveal that a BAT employee named Johann van Rensburg sent urgent questions to FSS about Zimbabwe, including “investigating the pros and cons of donation to the party and joint business venture as discussed”.

Charges were officially withdrawn against the arrested directors on 13 March 2013. FSS’s operations for BAT in Zimbabwe resumed that same month.

The agent who had brokered the meeting claims it would be “fantasy land” to suggest FSS was able to continue its operations in Zimbabwe without paying a bribe to Mugabe.

“I had to make it clear that they’re going to expect a nice thick envelope of notes.”
He told the Bureau and Panorama: “Robert Mugabe killed 30,000 Zimbabweans in a genocide. Absolutely beaten, destroyed, the soul of a nation ripped from itself. How on earth would you even consider doing business there and why would you not rather, ethically, withdraw and make a statement to that?”

The Bureau has not obtained any evidence that the proposed payment in return for the releases from prison was ever actually made.

Mugabe went on to win a crucial majority in the elections in July 2013 and ruled for another four years.

Dumisani Muleya, editor of Zimbabwean investigative outlet News Hawks, said: “The context of this donation is the problem because BAT was seeking some favours from the government. I would call it bribery, corruption and hush money.”

He said that any donation of that kind would have been a “material issue because it would have helped Zanu-PF to change the capacity of its electoral machinery. It would have also influenced the outcome of the election.”

BAT did not deny the proposed payment to Mugabe when asked.

The company said: “Our efforts in combating illicit trade have been aimed at helping law enforcement agencies in the fight against the criminal trade in tobacco products. In 2016 BAT made public that it was investigating allegations of misconduct and was liaising with the UK Serious Fraud Office (SFO). BAT fully cooperated with the SFO’s subsequent investigation, which included allegations relating to South Africa.”

The SFO concluded its official three-year investigation into BAT’s activities in Africa in January 2021, stating there was insufficient evidence for a prosecution. The investigation cost the UK taxpayer more than £2.3m.-BBC