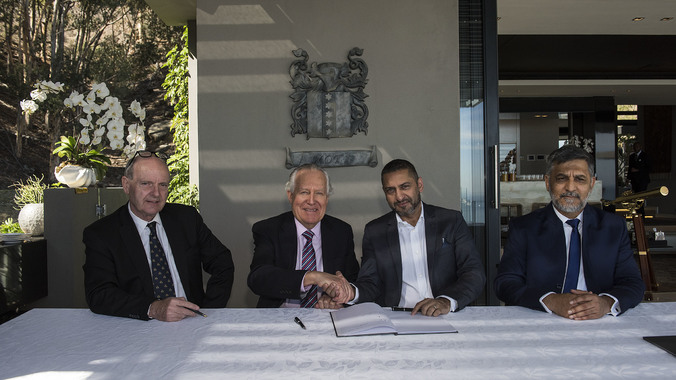 The re-engagement effort, says Lord Hain, brings the country back on the global map and will open foreign capital streams.

Lord Hain — who served Cabinets of both Tony Blair and Gordon Brown and was recently appointed advisor and ex-officio board member to one of the largest foreign investors in Zimbabwe, Moti Group — on Tuesday met President Mnangagwa, Vice President Dr Constantino Chiwenga, Vice President Kembo Mohadi and Foreign Affairs and International Trade Minister Dr Sibusiso Moyo at a dinner at the State House.

Lord Hain said President Mnangagwa discussed his agenda for the country including moves being taken for Zimbabwe to re-join the Commonwealth, open up to the world, attract foreign investment and ensure there is good governance.

“As he says, he wants to make sure the elections are free and fair. He assured me that they would be free and fair. He told me that he would be inviting international observers not just from the Sadc, but from Europe and elsewhere to observe the elections and I think all that is very encouraging,” said Lord Hain in an interview with our Harare Bureau.

“Obviously there is a long way to go and Zimbabwe has been in a very bad place for the past 20 years with the people suffering economically and the reputation of the country being badly damaged abroad.

“For example, the President would like to re-apply to join the Commonwealth which will be good for Zimbabwe to be standing tall again instead of being an isolated nation as it was under former President Mugabe. I was very encouraged,” he said.

“The key thing is good governance so we are starting with the elections which the world is watching with interest because the world wants to support Zimbabwe. There are businesses which want to invest in Zimbabwe but it starts with good governance and they are watching,” he said.

Lord Hain also discussed the potential for debt relief and support in agriculture from international financial institutions, in particular Britain, after credible elections.

He proposed that Zimbabwe takes advantage of its climatic conditions to establish solar power projects and provide electricity in remote areas with a view to improve communication, education and health services. He also noted the potential for massive water purification and conservation projects to maximise value on the country’s resources.

The former minister also hailed President Mnangwaga for opening his door to the world and taking ideas and constructive criticism from everyone with a view to improve the livelihoods of his people.

“This is my first visit to Zimbabwe. I was not made welcome here by former President Robert Mugabe who attacked me and criticised me and I am very pleased to be here in what I think is a new dawn for Zimbabwe.

“As an advisor of the Moti Group, which is the biggest foreign investor in Zimbabwe at the moment, I want to help build good relations with the people of Zimbabwe so that’s why I am here,” he said.

“The Moti Group is, through ACF, expanding its investment and therefore creating more jobs. We have around 1 500 employees and we are going up to 2 000 very soon and there will be more jobs created after that. This is all being done absolutely transparently, Moti Group pays taxes, there is full accountability and obviously that’s important to me so we will be discussing other areas where Moti Group might consider investing in Zimbabwe,” said Lord Hain.

He said Moti Group’s thrust was to create more jobs for Zimbabweans and ensure communities benefit from its investment as well.

“We want to do it in a way that is respectful to the local people, local environment and conforms to all the international standards of transparency and compliance with licences and paying of taxes and so on.”

“We are leaders in terms of investing in Zimbabwe and we will maintain that into the future,” Mr Bobat said.-Chronicle

CAPS United’s 1996 championship winning coach Steve “The Dude” Kwashi has died. Close family members confirmed Kwashi died at his home in the early hours of today due to suspected Covid-19 complications. He was 67. […]

Three men were jailed in the UK for their involvement in a million pound bank fraud operation with banking and insurance group, HBOS. The accused, Naison Mubaiwa, 34, of Leeds and Paddington Muzondiwa, 25, of […]

A UK-based Zimbabwean teenager who died while swimming in a river has been described as a “shining star”. Thandolwethu Ndlovu, who turned 15 just two days ago, got into difficulty in the River Trent near […]