Bulawayo home marooned in a sea of sewage 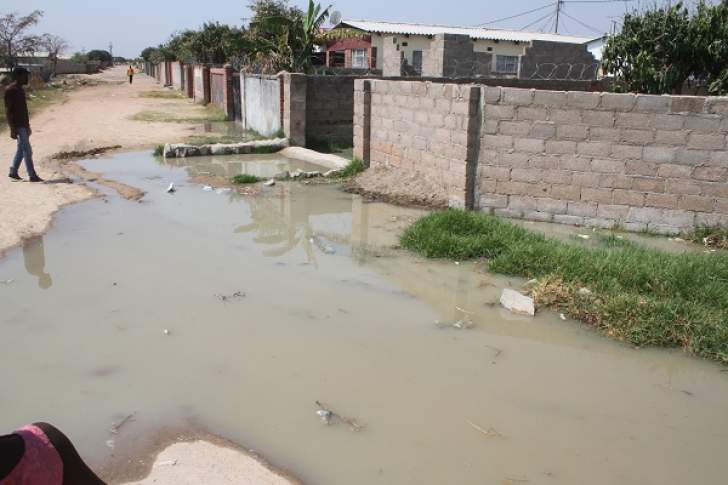 A house in Bulawayo’s Njube suburb has become uninhabitable after it became marooned in a sea of raw sewage flowing from a sanitary sewer system.

The occupants of the house, found on G Square, have had to contend with raw sewage for the past three weeks, making it difficult for them to access their home. Having a decent meal is no longer possible with human waste floating and flowing by.

The sewer has formed a stream in the yard and outside the yard.

To make things worse, the family can no longer make use of the toilet as it is clogged to the point of bursting.

“The moment you finish using the toilet, everything comes out at the back and we have now got used to the unpleasant smell,” said Blessing Maphosa.

Blessing said they now use their neighbours’ toilets to relieve themselves. The trips to the toilet are made more humiliating by the fact that his elderly parents frequent the bathroom.

“We have lost count on the number of times we have called council to attend to the issue. When they come the sewer stops flowing for a few hours and it then resumes,” he said.

Wilfred Maphosa said the situation is traumatising for their elderly parents.

“We are now thinking of abandoning the house and getting our old folks out of the house because the same background where they do dishes at is the same backyard that has been overwhelmed by the sewer, putting their lives at risk,” said Wilfred.

Bulawayo’s ward 12 Councillor Febbie Msipha was not reachable for comment.