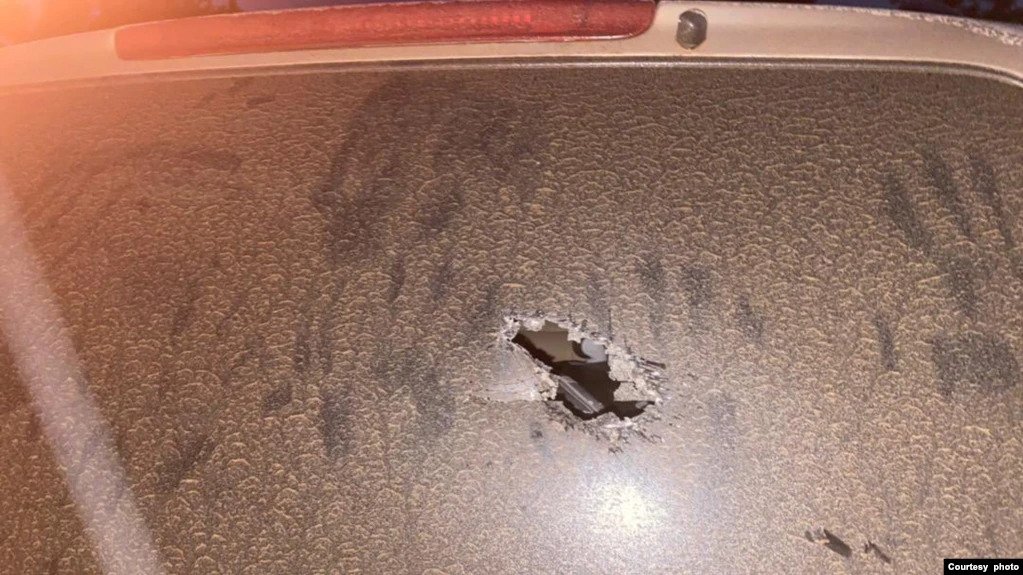 Zimbabwe’s opposition MDC Alliance claims that a bullet hit Nelson Chamisa’s vehicle in Manicaland province today where he was expected to hold meetings with traditional leaders and locals as part of his nationwide meet the people tour.

In a series of tweets, the party said, “A bullet flew through one window of the vehicle carrying President Nelson Chamisa & out through the other. This attempted assassination & use of gunshots on President Chamisa’s vehicle & another that is part of his convoy are cause for grave concern.

“There has been another attempted assassination on President Nelson Chamisa. Armed thugs threw large boulders at his vehicle which has been badly damaged. The President’s vehicle sped off & continues to be trailed by more than 12 unmarked cars.”

Party spokesperson, Fadzayi Mahere, also in a tweet, said, “Violence of the sort experienced in Masvingo has broken out in Mutare where President @nelsonchamisa is set to meet community leaders.”

According to the MDC Alliance, party activists accompanying Chamisa, have reported that the Mutare Road has been barricaded with stones and “thugs carrying knives and knobkerries” are causing havoc. Some of them are reportedly armed.

A video posted by the MDC Alliance on its social media platforms shows a vehicle with what looks like two bullet holes in Chamisa’s vehicle.

The party is in the process of reporting the violent attack of MDC Alliance actisits to the police in Manicaland.

Police spokesperson Senior Assistant Commissioner Paul Nyathi was unreachable for comment as he was not responding to calls on his mobile phone.

Chinamasa said the villagers in Chief Charumbira area did not want to be addressed by the opposition leader.

No person has been arrested in connection with the incident.-VOA