Home Business Bus driver sacked for being too short
Business 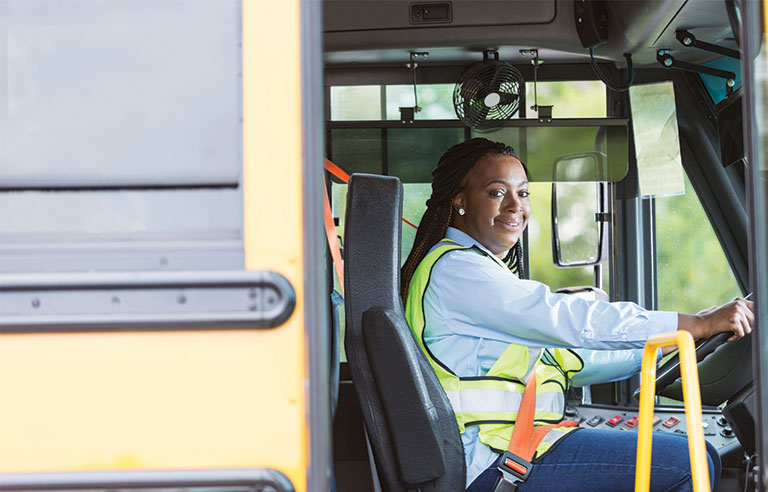 More than 13,000 sign petition backing Tracey Scholes, who was dismissed after 34 years of service

More than 13,000 people have joined a campaign to support one of Greater Manchester’s first female bus drivers who was dismissed for being “too short”.

When Tracey Scholes, 57, walked into Manchester’s Queen’s Road depot in 1987 as the first, and only, woman, she said “you could have heard a pin drop”.

Thirty-four years later, Scholes, who stands at 1.52m (five feet) tall, has lost her job because she lacks the “capability” to drive the new model of bus used on her route. The combination of a change in position of wing mirrors and the pillar on an assault screen installed to protect drivers means Scholes would have to lean back to use the mirror – leaving her unable to reach the pedals.

The decision has taken its toll on Scholes, who said she is struggling emotionally and has “put everything on hold financially” as she feels unable to plan for the future. She did not buy any Christmas presents as she worried about the end of her notice period approaching in early February amid a cost of living crisis.

From her initial interview, when she was told there were no toilets she could use and questioned as to how she would handle “the bad language”, Scholes has faced challenges in an industry that remains male-dominated – about 84% of bus drivers in 2021 were men. She was forced to find solutions to the physical challenges of the job while pregnant – including climbing on the dashboard to change the bus route number, as well as dealing with sexual harassment because she wanted to “pave the way for women to come and drive”.

“I’ve had comments, sexual remarks, a lot of things. And I’ve dealt with that. I’ve not gone to management, I’ve gone and solved it and hit it head on,” Scholes said.

“When I started that job 34 years ago, I could drive everything in that depot. And since they’ve done this, I can’t drive that bus now. If a bicycle or pedestrian was to walk up the near side of the vehicle … I can’t see that, it blocks my vision and that’s not safe,” she added.

After raising concerns with her employer, Go North West, she was initially suspended and later dismissed with 12 weeks notice. Supported by her union, Unite, Scholes said the company has offered her different routes with buses that she is able to drive, but the hours – and pay – are less than in her previous contract. She faces a final appeal against the decision on Tuesday.

“I’ve got three children, I’m a widow and I’ve got a mortgage to pay, I can’t take a pay cut,” said Scholes.

Although she said the company’s decision “broke her heart”, the support from colleagues, celebrities including actors Maxine Peake, Julie Hesmondhalgh and James Quinn and others “has been absolutely overwhelming”. More than 13,000 people have signed a petition to reinstate Scholes to a job she said she “just loves”.

Caroline Criado-Perez, author of Invisible Women, which uses data to explore products that are designed for men as a default, wrote that while Scholes is slightly shorter than the UK average for women (161.6cm) , she is still taller than the 5th percentile female crash test dummy that is mandated in one out of the five EU car crash regulations.

“So how is it that a bus could be built in such a way that someone who is taller than the 5th percentile female crash test dummy is designed out of being able to drive it?”.

Unite’s general secretary, Sharon Graham, called for Scholes to be reinstated on full pay and full hours. “She has given 34 years of unblemished service. It seems inconceivable, that due to the blind intransigence of its local management in Manchester, Go Ahead is now ready to watch unlimited damage to its international reputation as a result of the tawdry treatment of Tracey.”

A Go North West spokesperson said Scholes was a valued member of the team and they had made “numerous proposals to accommodate” Scholes, but the suggestions were rejected.

“The design of the mirrors on our buses was agreed after consultation with Unite some time ago. All our other drivers of similar height to Tracey are able to view them safely. Dedicated, experienced, hardworking bus drivers are difficult to find and so we would never act lightly in a situation like this. We are sorry that we were left with no choice but to bring this driver’s employment to an end.”

The company also said it is working to improve female representation at all levels, with a particular focus on attracting female bus drivers. The Go-Ahead Group have a target of raising the number of female bus drivers from around 11% to 20% by 2025.-BBC

South African govt tells Zimbabweans to stay for another 12 months