OPPOSITION MDC leader Nelson Chamisa has indicated that he is ready for talks with President Emmerson Mnangagwa despite rejecting as illegitimate the Zanu PF leader’s victory in the July 30 elections. 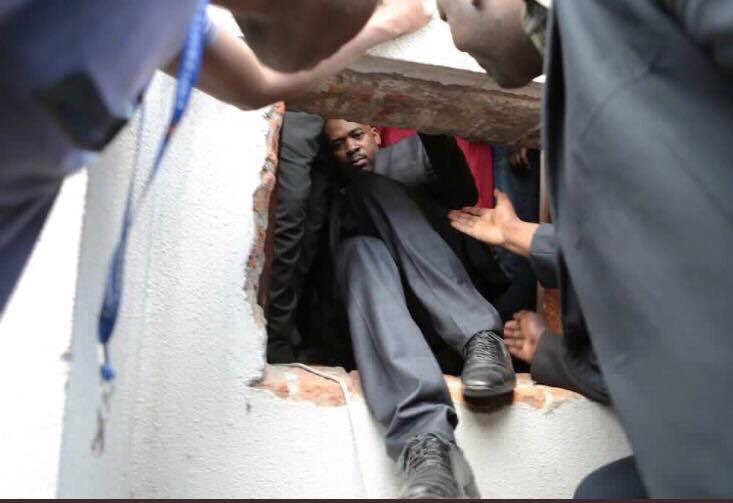 Ahead of the disputed vote, co-principals in Chamisa’s opposition MDC Alliance had threatened to make the country ungovernable if cheated out victory.

However, despite maintaining that Mnangagwa “stole his goats”, Chamisa appears to now favour dialogue, provided Mnangagwa makes the first move.

“We have said our doors are open we have even opened the windows now,” Chamisa told reporters ahead of a meeting with Bishops from various local denominations which was held in the capital.

“So, if they are open he must walk out of those doors and locate our doors that are also open. We can’t go to his doors because they are locked.

“We have looked around; we were waiting for him in Parliament to articulate the agenda that will unlock (logjam) this but he did not.”

Chamisa has refused to recognise Mnangagwa’s election, saying the ballot outcome was manipulated in his favour by the Zimbabwe Electoral Commission (ZEC).

He also says he respects but does not agree with the Constitutional Court ruling dismissing his challenge against the poll outcome.

Regardless, the opposition leader is now ready to talk to his adversary because “the nation is suffering and, also, there are issues that are unresolved politically”.

“Mnangagwa can’t do it alone I have said, it takes two to tango,” he said.

Mnangagwa has indicated that the government would formalise the office of Leader of the Opposition, in a development widely seen as an attempt to placate the MDC leader.

The Harare provincial minister has also not yet been appointed with sources suggesting Mnangagwa would offer it to Chamisa’s party which won most of the urban vote.

Chamisa initially rejected outright the Leader of the Opposition proposal but on Wednesday he appeared open to the idea as long as it was part of broader political reforms.

“We only heard him (Mnangagwa) talk about the opposition leader’s position in Parliament, but that is not the point,” said Chamisa.

“It’s not about individuals, it’s about institution. It’s about ideas that will move the country forward.”

He added; “Dialogue is a national necessity; our country needs legitimacy.

“We need time-bound comprehensive reforms, peace building, nation building and national healing around human rights, international engagement to rid ourselves of the pariah tag, as well as an emergency economic rescue package.”