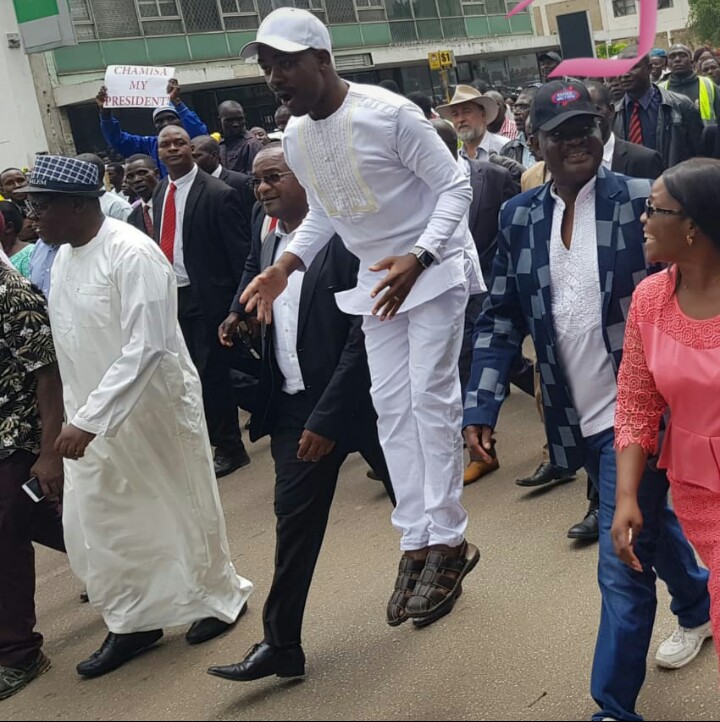 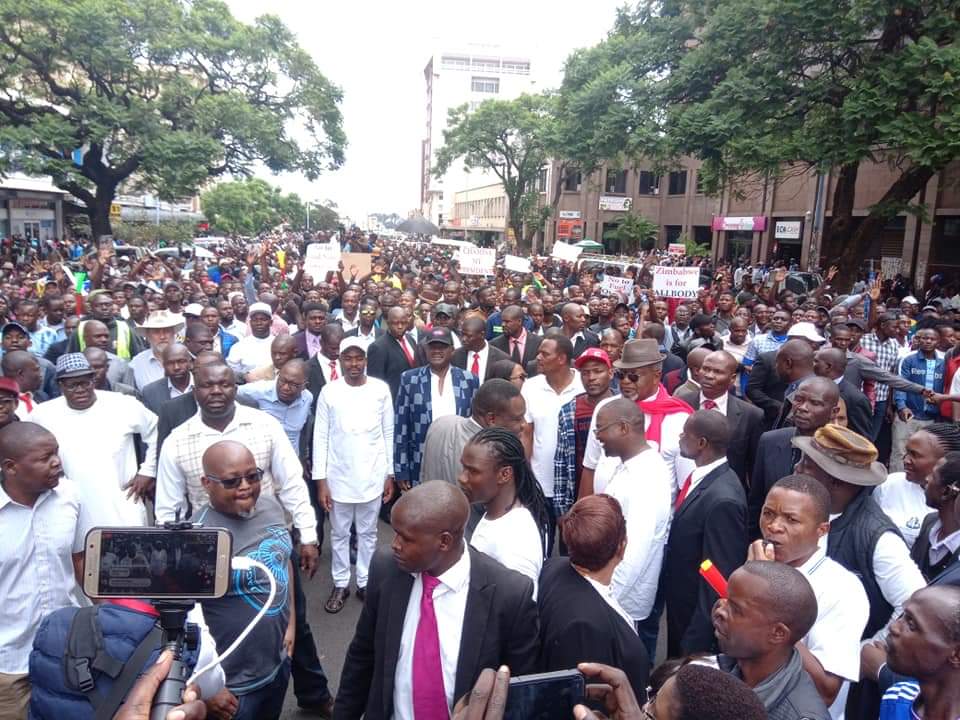 HARARE – Several thousand anti-government demonstrators marched through Harare on Thursday, closely watched by armed police in the first rally since a deadly crackdown on an election protest in August.

Singing and waving placards denouncing President Emmerson Mnangagwa, the protesters gathered in the centre of Harare before streaming through the city’s streets.

The event, held with police approval, was organised by the MDC, which says it was cheated of victory in the July 30 election, eight months after long-time leader Robert Mugabe was ousted in a military coup.

In a demonstration just days after the election, six people died when security forces opened fire on protesters, undermining Mnangagwa’s efforts to present the vote as a fresh start for the nation after years of repression under Mugabe.

“Mnangagwa must go,” read one banner at Thursday’s protest alongside others reading “You stole my vote, please give it back” as well as slogans demanding justice over the election shootings.

Much of the marchers’ anger was focused on Zimbabwe’s renewed economic problems, with people struggling to cope with dramatic price rises and severe shortages of essentials like bread, cooking oil and petrol.

The protesters chanted praise for MDC leader Nelson Chamisa, who claims he was the rightful winner of the election.

“Zimbabweans are suffering. The country has no fuel,” he told the crowds.

“When we united against Mugabe, we did not expect this (crisis). Our lives are worse off. We are not going to fight Mr Mnangagwa with guns because we do not believe in guns,” Chamisa added, with the event passing off peacefully.

Mnangagwa, who took power after Mugabe was forced to resign by the military in November 2017, promised to revive the ruined economy after he won the disputed election.

The latest bout of economic strife erupted last month when the government introduced a 2 percent tax on all electronic transactions to increase revenue.

Many Zimbabweans rely on electronic payments as US dollars, which function as the country’s main currency, are scarce, with hardly anyone trusting the local “bond note” currency.

“We are here to demonstrate against the economic crisis and the election that was stolen,” said Donald Bango, a 25-year-old security guard.

“There are no jobs. The current government is not doing anything to fix our problems,” he told AFP.

“Prices of basic commodities are going up and we cannot access drugs from pharmacies,” said Rachel Chakanetsa, a 53-year-old widow who was at the demonstration. “We are in dire poverty. The situation must be addressed urgently.”

The marchers delivered a petition to parliament saying Zimbabwe was in “an unending crisis of legitimacy”.

It called for both the electronic transfer tax and the bond note currency to be scrapped.-Zimlive.com