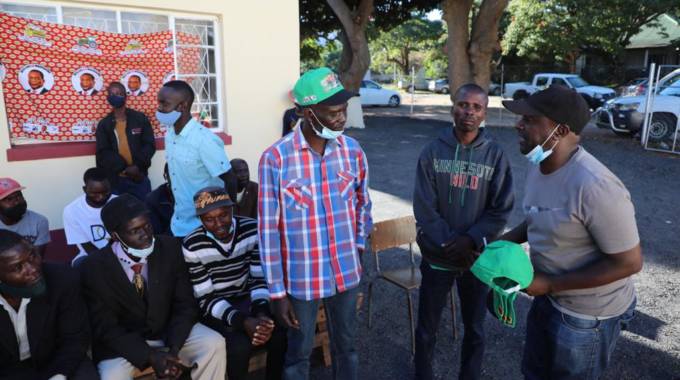 TEN MDC-Alliance members including a former councillor and youth chairpersons have defected to join Zanu PF in Mutare District.

The defectors said they want to work with a united party that has the country’s people at heart.
They were welcomed by members of Zanu PF’s Mutare District Coordinating Committee (DCC) at the party’s provincial offices.

One of the defectors and former Ward 16 councillor, Alderman Richard Mufura, said infighting and undermining of authority within the opposition party made him to take the bold decision to defect to the ruling party.

“Before I joined MDC, I was Zanu PF youth chairperson for Ward 16. I have over the years been contemplating retracing my roots to Zanu PF because it organised and has well pronounced structures. There is unity and respect of authority in the ruling party,” he said.

Zanu PF Mutare DCC chairperson, Cde Binali Yard welcomed the new members and called for unity.
He said the revolutionary party is ready to welcome all those willing to join the party.-Manicapost