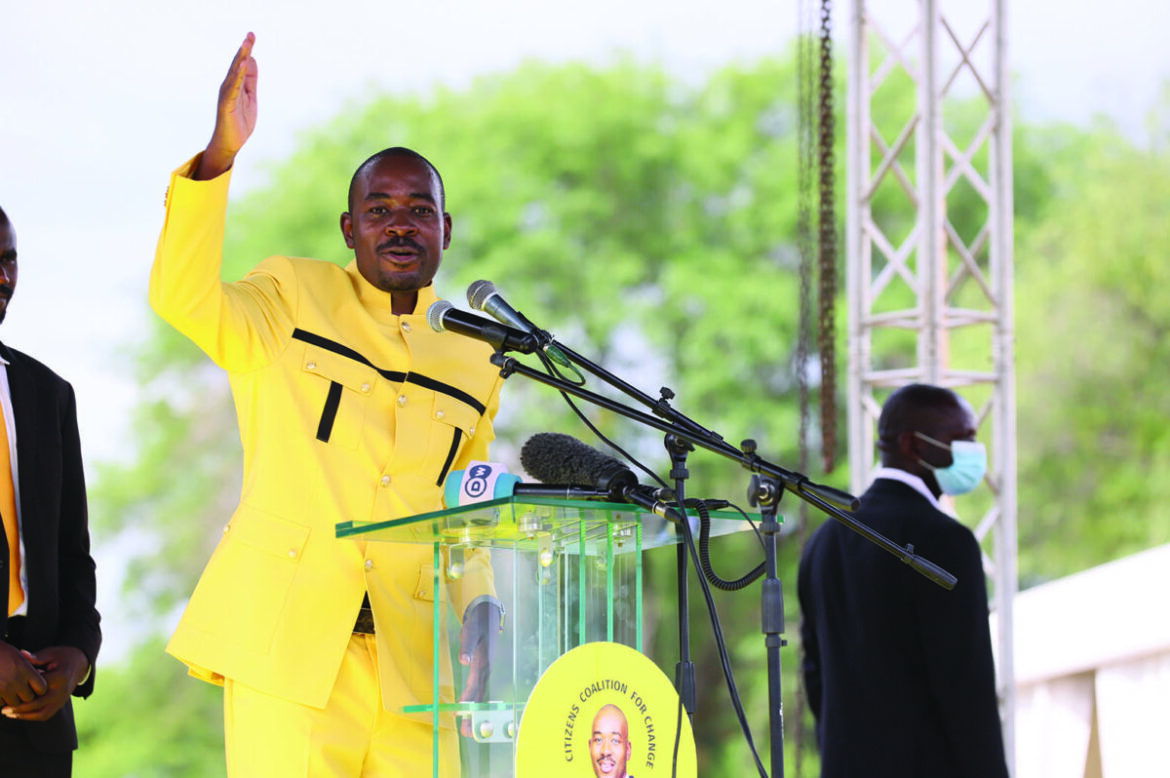 OPPOSITION Citizens Coalition for Change (CCC) leader, Nelson Chamisa commended the upset election victory in Lesotho by a newly formed opposition party and vowed that Zimbabwe would be next.

Lesotho business mogul, Sam Matekane’s upstart party, the Revolution for Prosperity, won 56 of the 120 constituencies in the weekend general elections, according to results announced Monday by the Independent Electoral Commission (IEC).

The results highlight the spectacular collapse of the ruling All Basotho Convention, which did not win a single seat of the 80 directly elected, but did get eight proportional representation seats.

Commenting on the outcome, Chamisa said; “Congratulations to the great people of Lesotho for choosing the new, choosing hope over familiarity.

“Malawi did it. Zambia did it. Lesotho has done it. Nigeria will do it. We are next; Zimbabwe will do it! Young people shall save Africa.”

Chamisa established his CCC party in January this year and will be looking to end Zanu-PF’s four-decades-long stranglehold on power in elections due next year.

Like, Matekane, Chamisa is also looking at marshalling the support of the youth, who are frustrated by the lack of job opportunities in a country battling an economic crisis that has lasted nearly two-decades.

South Africa’s opposition leader, Mmusi Maimane, who has indicated he will travel to Zimbabwe to help Chamisa campaign for next year’s crunch elections also said the Lesotho results showed there was a wind of democratic change in the region.

The foundation said it deployed 14 observers at the invitation of the IEC of the Kingdom of Lesotho.

In its report, signed of by Biti, the Foundation said; “the election procedures were peaceful, efficient, transparent and free of interference by political parties or security officials.

“Officials were well-trained and displayed authority and compassion. They had a positive relationship with party agents and, where necessary, sought and obtained their consensus to resolve problems when they arose.

“The citizens of Lesotho were given every opportunity to freely express their electoral choice. Based on our experiences, we are confident that the activities of voting and the counting of ballots on election day at the polling stations were free, fair and credible.

“Lesotho should be commended on the conduct of these elections.”

In the last elections, All Basotho Convention obtained 53 seats and formed a coalition government.