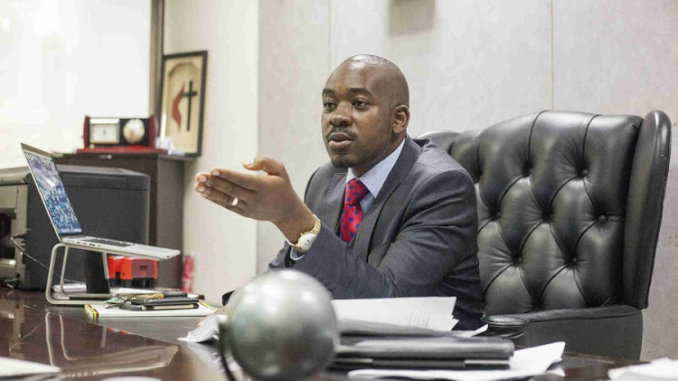 THE Nelson Chamisa-led MDC Alliance will not change its name in the forthcoming by-elections scheduled for March 26, the Zim Morning Post can reveal.

This comes as confusion over the use of the name has been topical after the Douglas Mwonzora outfit smuggled the name via the courts.

Close sources told Zim Morning Post that Chamisa is not going to change the party name ahead of the by-elections.

“We are not going to change our name despite the fact that it was stolen from us by Mwonzora and his crew,” the highly place source said.

“There will be no confusion because we are planning to have some variations. We have not yet settled on the variations but it can be anything like MDC Alliance-Chamisa, or MDC Alliance-Zimbabwe.

“We have resolved that we will remain MDC and no other pretenders can force us to change the name,” the source said.

Pressure has been mounting on Chamisa to rebrand and change the party name but party insiders said no name changes should be expected and that there will be no confusion during the by-elections as well as the 2023 general polls.

The push to rebrand the party has been reignited by pronouncement of by-elections date and nomination court date by President Emmerson Mnangagwa.

The nomination court will sit on January 26 while elections are expected to be held on March 26. – Zim Morning Post

South African govt tells Zimbabweans to stay for another 12 months

VP Chiwenga Ties The Knot With His Lover