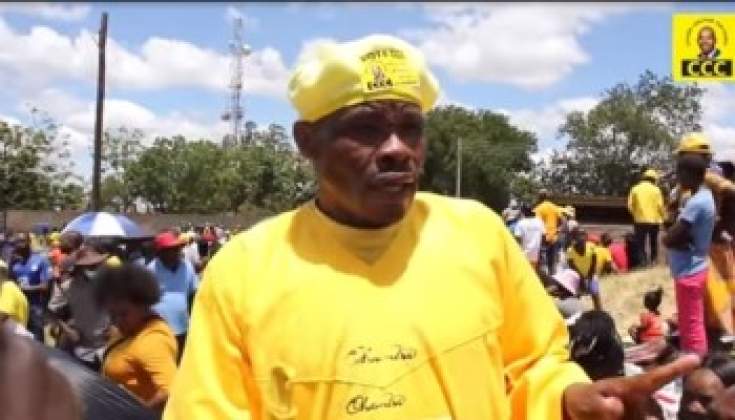 Citizens Coalition for Change (CCC) “prophet” Godfrey Karembera popularly known as Madzibaba veShanduko has been arrested in Harare for disorderly conduct.
According to Zimbabwe Lawyers for Human Rights Karembera was wearing his regalia and telling people in Central Business District (CBD) to vote for CCC President Nelson Chamisa.

It further alleged that he was badly assaulted on his legs and back.

However, a legal practitioner who preferred anonymity decried the arrest.

“This is very unprofessional how can police arrest a person who is wearing his party regalia and urging people to vote for his party, the pastors who preach in CBDs why are they not arrested , the police should be professional in their duties,” he explained.