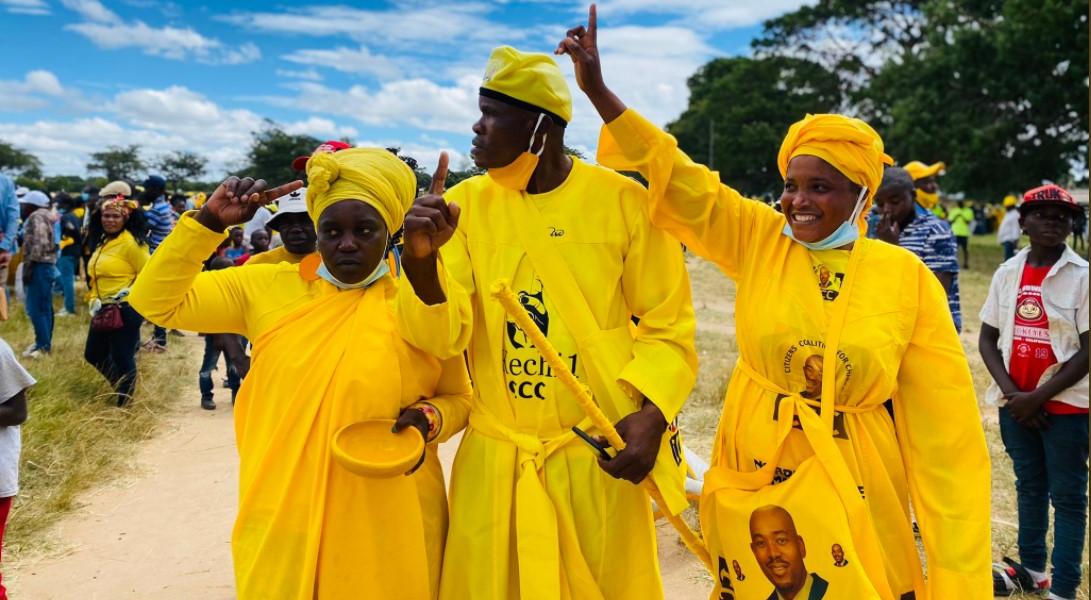 In a Twitter post seen by Pindula News, CCC spokesperson Fadzayi Mhere stated that the party is yet to establish the reason behind the intended eviction. She said:

We have received a report that Madzibaba Veshanduko is facing eviction from his homestead. He’s been summoned to the chief’s court this morning in the court of Chief Chiporiro. We are yet to be briefed on the full facts of the matter. Once we have the full brief we will respond appropriately.

Madzibaba Veshanduko is popular for being one of CCC’s top activists who never miss the party’s rallies.

On 17 March 2022, he was arrested and charged with disorderly conduct and undermining the authority of the police by insulting them.

While the State alleged that he insulted the police by calling them dogs, his lawyers said he was arrested in Harare CBD and was tortured for wearing yellow.

Narrating his ordeal, he said the police officers “were just beating me. They never told me what the matter was.”

He said they were assaulting him with batons.

He was hospitalised following the ordeal and doctors told him that his kidneys might have been damaged during the assault.

The State also alleged that he wanted to uproot the infamous Mbuya Nehanda statue in Harare CBD.

He was eventually granted $10 000 bail by a Harare magistrate.

His prosecution is pending before the courts.