ZAOGA leader Ezekiel Guti’s daughter has been accused of cheating on her husband with a pastor. 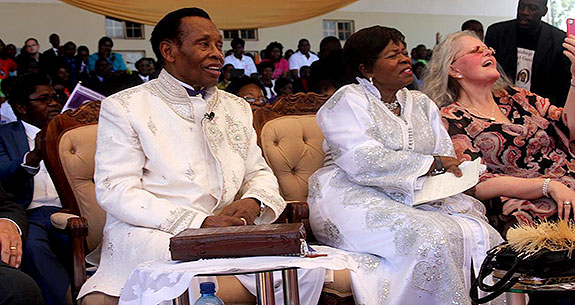 Her husband lost his rag and pointed a firearm at her and threatened to shoot her. Lindsay Nyajeka, was dragged to court.

But the State asked for a postponement, saying the complainant Ethanim Perfect Munamato Guti is admitted to Mbuya Dorcas Hospital after falling ill. But Nyajeka’s lawyer Samukange warned the court that it was a ploy by the complainant to manufacture evidence as records with the police investigation officer revealed that Nyajeka surrendered the gun to the church before the case was reported.

Magistrate Matare postponed the matter to November 30 for trial.

Nyajeka then pointed a gun at her. The complainant messed her pants, but Nyajeka fired two shots into the ceiling before storming out of the house, threatening to commit suicide, and drove away.