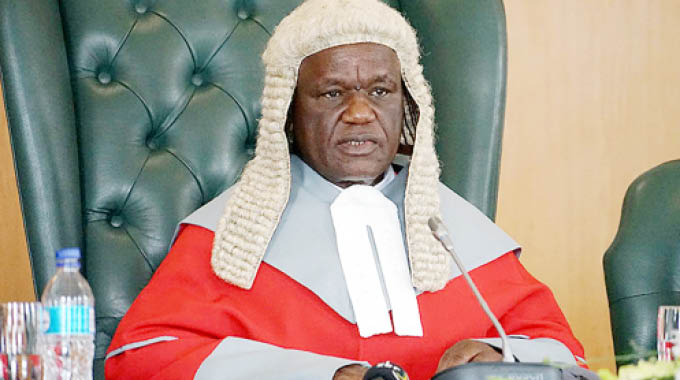 The urgent High Court application by the executive director of an NGO to have Chief Justice Luke Malaba found in contempt of court has been dismissed.

“The application for civil imprisonment for the first respondent (Malaba) contempt of court is dismissed,” read the operative part of the judgment by Justice Amy Tsanga.

The contempt court legal proceedings were sparked by the return of the Chief Justice to work on the strength of appeals being noted to the Supreme Court challenging the May 15 High Court decision that neither Chief Justice Malaba nor any other sitting judge of the Constitutional or Supreme Courts had the option laid out in the latest constitutional amendment to extend their term of office until they were 75.

But once appeals were noted by the Attorney General and the Minister of Home Affairs and Cultural Heritage the following week, he then followed the standard legal procedures, that noting an appeal stays a judgment, and returned to work.

This upset the executive director of Forum, Mr Musa Kika, who as one of the applicants in the original urgent application, rushed to the High Court seeking the finding that the Chief Justice was in contempt of court and seeking a six-month jail term, although he is prepared to see that suspended so long as the Chief Justice stands aside.

People In Shock As A Mysterious Angel Appears At T.B Joshua’s Burial- VIDEO